Where to Get the Destiny Knot in Pokemon Scarlet and Violet

Play matchmaker with this ball of yarn 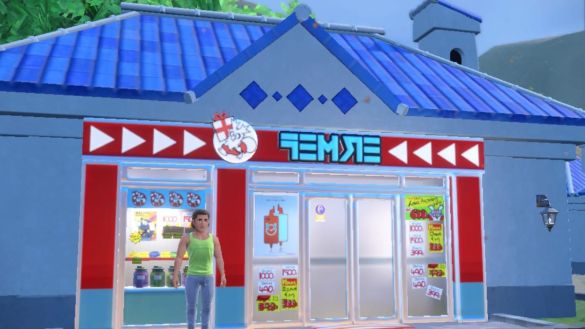 There exists in several East Asian countries the myth of the red thread of fate. This thread, generally invisible, ties together two people destined to meet, no matter the time, place, or circumstances that might conspire to keep them apart. It’s a thread that’s incapable of being broken and thus one of the most iconic symbols for soulmates.

This red thread has manifested as the Destiny Knot in the Pokemon franchise. And while the Destiny Knot technically a hold item meant to be used in battle, it has a secondary effect that has made it extremely popular when breeding Pokemon.

When used in battle, if the holder becomes Infatuated, the Pokémon it is attracted to also becomes Infatuated. But when a Pokemon holding Destiny Knot lays an egg, five of the twelve Individual Values (IVs) from both of its parents will be passed down to the hatched Pokemon. How convenient!

If you’re ready to find your Pokemon’s soulmate, here’s how to get the Destiny Knot.

Where to Get the Destiny Knot in Pokemon Scarlet and Violet

Many items can be found in the Overworld in the form of sparkles or glowing Pokeballs. But there are a handful of items that are simply too rare to be found on the map. Unfortunately, the Destiny Knot is one of these items.

The only known way to obtain this hold item is through Delibird Presents. This shop has locations in all major cities, but not all Delibird Presents have the same inventory. You’ll need to head to Mesagoza to find the Destiny Knot, but it will only be there if you’ve beaten four gym leaders. And even then, it will have the hefty price tag of 20,000 Pokedollars attached to it.

But surely that’s worth it, right? Anything for true love.

Related: All Pokemon with Flame Body in Pokemon Scarlet and Violet