All Pokemon with Flame Body in Pokemon Scarlet and Violet 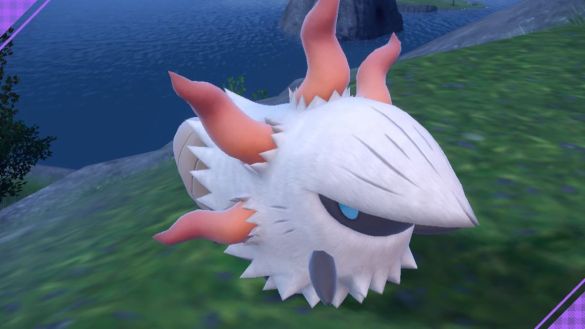 Pokemon are fascinating creatures, beloved for their designs, personality, or their talent for devastating their opponents. Each come with their own move sets, nature, and abilities, which can determine where best they fit on your team. But there are certain abilities that are not only be useful on the battlefield. Some abilities can be used for a much more tender purpose, like helping you hatch Pokemon Eggs.

Flame Body is one of the abilities. In battle, the opponent has a 30% chance of being induced with Burn when using an attack that requires physical contact against a Pokémon with the Flame Body ability. But out of combat and with an egg in your party, Flame Body halves the number of steps it takes for a Pokemon to hatch.

But what Pokemon in Pokemon Scarlet and Violet have this ability? The list is likely shorter than you think.

All Pokemon with Flame Body in Pokemon Scarlet and Violet

The list of Pokemon that naturally have the Flame Body ability contains only six Pokemon:

All of these Pokemon are Fire-Types, but they can be difficult to track down. Here’s where you’ll need to go to find each of them. It’s also important to note that some of the Pokemon, like Carkol, have the chance of having multiple abilities. You may catch a Carkol and find that, instead of Flame Body, it has Steam Engine. Check your Pokemon’s stats before having it spend time with your egg.

Other Pokemon, specifically Charcadet, will only have Flame Body as a Hidden Ability. In order to access this ability, you’ll need to use an Ability Patch on it.

Related: All Natures and Their Effects in Pokemon Scarlet and Violet