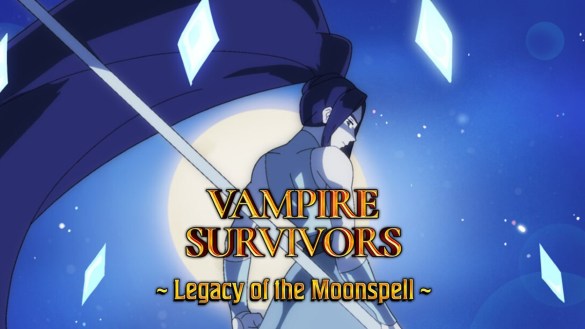 Vampire Survivors’ first-ever DLC is finally out. A lot of new content has been promised, and by all means, Poncle DELIVERED right on target. One of the new weapons in Vampire Survivors is the red sword that you can see on the minimap when you boot up the DLC map. Prima Games is here to tell you where to find the Night Sword and how to evolve it into Muramasa easily.

How to Find the Night Sword in Vampire Survivors: Legacy of the Moonspell DLC? Map included

The new map is absolutely bonkers in terms of size, and it’s not the same tile repeated all over again. It is a reasonably large-sized open world. In the gallery below, you will see how and where to find the new weapon in Legacy of the Moonspell.

Related: Where to Find the Coffin in Mt. Moonspell and Unlock Miang in Vampire Survivors DLC?

Assuming you won’t use Arcana Mad Groove to pull everything to yourself at the start, you will need to do the following:

How to Evolve the Night Sword into Muramasa in Vampire Survivors: Legacy of the Moonspell DLC?

Before we proceed onto the evolution of this insane sword that can life steal from you as a player, retaliate, crit, and do all sorts of damage, we feel obligated to bore you with some nerd stuff about the sword. It has an interaction with Arcana XVI, and the levels of the Night Sword act like this:

When you max out the Night Sword, obtain a Stone Mask. And that should be it. You just need to loot a Treasure Chest and proc the evolution! Two Achievements will be unlocked.

We have cleared the DLC entirely, and we have written guides on unlocking everything in Vampire Survivors Legacy of the Moonspell, so if you need anything, jump in on our DLC game tag below.