When is Disney Dreamlight Valley’s Next Update? – Answered 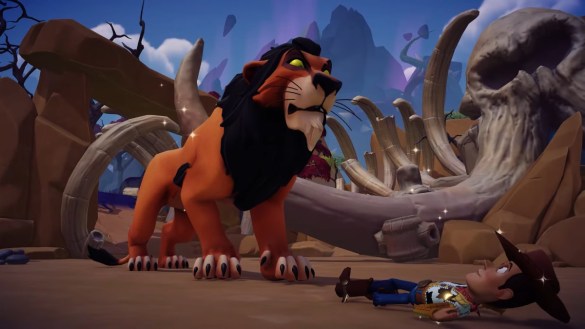 Folks have been playing Disney Dreamlight Valley for well over a month now, and it’s almost been two full weeks since the last update. Considering this title is in Early Access, that means there are a fair few problems still plaguing the experience. The more dedicated parts of the player base are also running out of content. So when is the next Disney Dreamlight Valley update? We have an answer, mostly.

Related: How to Get Wheat Seeds in Disney Dreamlight Valley

Update: Gameloft has confirmed the next update, which includes Scar from The Lion King and a new Star Path, will be launching on October 19, 2022.

As of September 28, 2022, there isn’t a full release date for the next major Disney Dreamlight Valley update. But there is a timetable. While Gameloft had already released a small roadmap explaining the big content changes coming to the game, there hasn’t been word about when that stuff is coming or when other updates will hit. Now we know that a major update that will bring both new content and many bug fixes will be arriving soon.

In a Twitter thread posted to the official Disney Dreamlight Valley account, it was noted that while there isn’t an explicit release date yet for the new update, the target is around three weeks. This update will be adding Scar as a character in some capacity, who has been a somewhat controversial presence after dataminers found data for Scar in the vicinity of Disney Dreamlight Valley’s premium pass gimmick. The developers got ahead of that and confirmed Scar is part of the “main” story, so Lion King fans don’t have to worry about being microtransactioned out of their problematic fave.

Along with Scar, some specific fixes were listed out, noted to only be some among a list of over 40 adjustments planned for this update. Those mentioned were as follows:

Finally, as a little bonus, Gameloft revealed this update will also include an “improved” photo mode and “new avatar poses.” Considering the confusion over where Disney Dreamlight Valley was even saving photos (or if they were being saved at all), this is welcome news for certain.