When is Disney Dreamlight Valley Multiplayer Coming Out? – Answered

Time for some wacky Disney adventures with friends 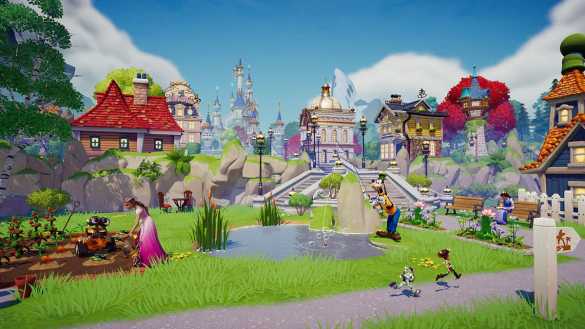 Since Disney Dreamlight Valley’s initial early access release in September 2022, one big question has circulated in many people’s minds: When can I play this game with my friends? Despite the game having plenty of content to explore, with more coming out every couple of months, experiencing the cartoonish world with friends adds another layer of excitement. While co-op and online multiplayer aren’t available yet, Gameloft has confirmed that it’s on their radar for a future addition. If you’re interested in learning more, continue reading to discover when multiplayer will come out in Disney Dreamlight Valley.

When is Disney Dreamlight Valley Multiplayer Coming Out?

As of now, there are no exact dates for when Disney Dreamlight Valley will feature multiplayer. However, the latest 2023 Content Roadmap gives us key information to pinpoint an approximate timespan.

Simply put, multiplayer is planned to arrive in Disney Dreamlight Valley this year. However, we’re looking at a late 2023 time rather than early in the year.

According to the recent 2023 roadmap, the current plans for the next two updates are to add new characters, continue with star paths and open a few more realms. As we approach the summer, this trend will continue, with us diving into the Forgotten Lands to unveil some mysteries. The roadmap mentions multiplayer, but not until “More to come in 2023”.

With this in mind, we’ll likely see more information about multiplayer in mid-2023 after the early summer update, with the feature potentially releasing sometime between September and December.

Disney Dreamlight Valley is available to play on PC, Nintendo Switch, Xbox One, Xbox Series X|S, and PlayStation platforms through the official website. If you’re interested in learning more about the game, check out Where to Find Purple Bell Flowers and How to Remove Large Mushrooms in Disney Dreamlight Valley.