When Does Story of Seasons A Wonderful Life Release – Answered

Nothing like a cute videogame to force you to confront mortality 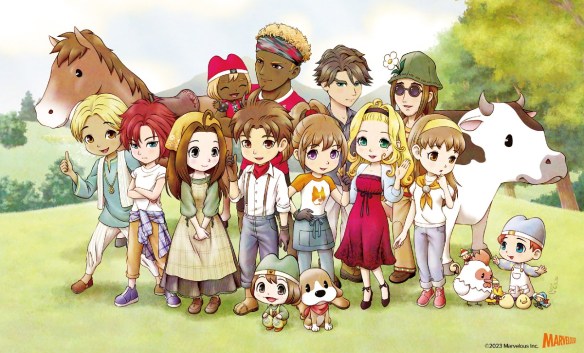 The videogame series formerly known as Harvest Moon (while a contemporary Harvest Moon still exists… it’s complicated), Story of Seasons, has found recent success diving into remakes. The latest in that effort is proof the passage of time is cruel in more ways than one. Story of Seasons: A Wonderful Life is an upcoming remake of the Nintendo GameCube and PlayStation 2 farming sim of the same title (well, despite the Harvest Moon thing). If you’re wondering when A Wonderful Life is coming out so you can revisit that early 2000s nostalgia or try it for the first time, we now know when the release date is.

Story of Seasons: A Wonderful Life is set to launch for the Nintendo Switch, PlayStation 5, Xbox Series X|S and PC on June 27, 2023. The release date for this game, which is perhaps one of the most emotionally earnest games in the series to date, was paired with a trailer definitely aiming to capture that vibe. Check it out:

Paired with the release date announcement is the launching of pre-orders through various retailers. Weirdly enough there isn’t any official information on digital availability yet, but that’s probably because publisher Xseed Games has merch to sell. Not only will there be a standard edition for sale at retail, but there will be a Premium Edition for an extra ten smackers that comes with a few extra goodies.

The big theme of Story of Seasons: A Wonderful Life is generational progress. Sure, most Story of Seasons games are about a young farmer taking over a relative’s dilapidated farm land, restoring it, finding a spouse and so on and so forth. But this time you really see it through all the way, eventually having a kid and seeing them grow up to either take over the farm themselves or find their own way. It’s bittersweet stuff, yo.

Story of Seasons: A Wonderful Life