This update has layers 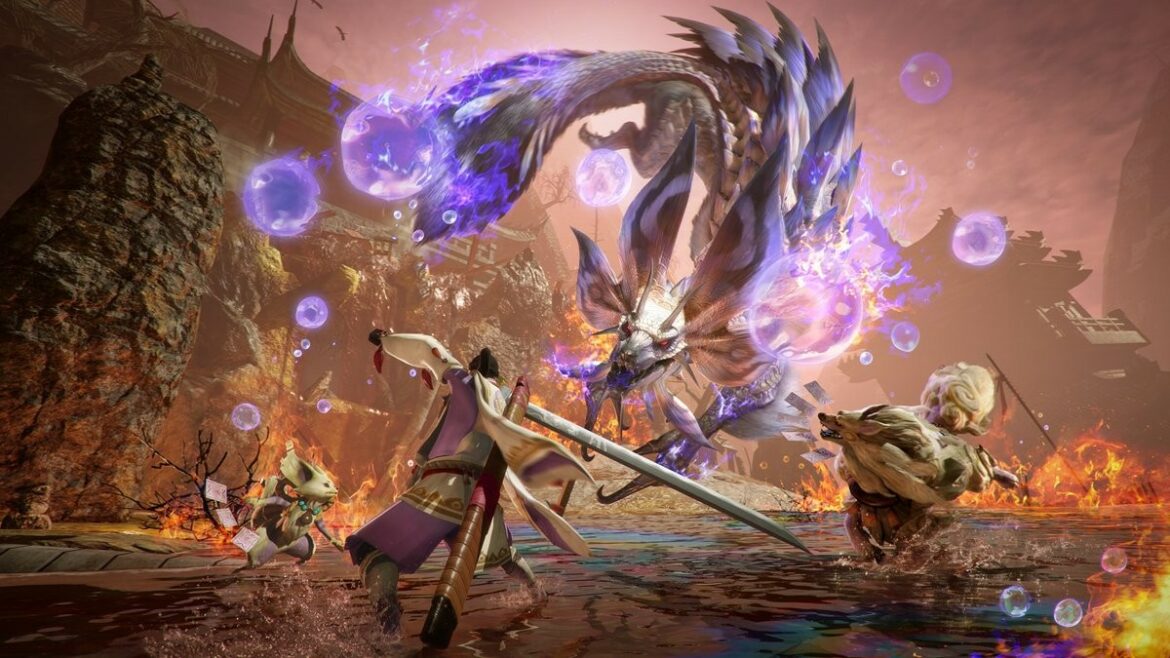 Capcom’s Tokyo Game Show 2022 stream aired sometime before I clocked in at work, and with that stream came some Monster Hunter news. There’s a new update on the way soon for Monster Hunter Rise: Sunbreak, bringing the game up to version 12. This upcoming “Free Title Update 2” will add new features and content to the game, and is slated to arrive on September 29, 2022.

This update is quite a doozy, adding a brand new feature that many players probably feel is overdue. There are also three new monsters, which we’ll go over first.

Violet Mizutsune is up first, and Capcom described it as a big, slippery guy with fire powers and gas bubbles. Flaming Espinas is a more aggressive version of non-flaming Espinas (with a one-shotting breath attack!), and this particular variant is returning from Monster Hunter Frontier. Finally, a new Elder Dragon, Risen Chameleos, will challenge players with new moves and forms.
The former two monsters’ quests are available at MR 10, while Chameleos is a much scarier MR 110. Of course, these new encounters come with new sets of armor and weapons.

And speaking of weapons, the new feature coming with the Free Title Update 2 is Layered Weapons. Much like the Layered Armor, this is basically a transmog feature so players can use their favorite weapon designs without sacrificing stats. As demonstrated in the trailer this makes the sillier weapons usable, finally. Layered Weapon functionality will be available for “almost all” weapons currently in the game.

Anomaly Research is also seeing a few tweaks, with A6-star difficulty added and a new level cap up to 120. This means new Afflicted Materials as well, which means new weapon upgrades for Anomaly slots.

Alongside all of this will be new paid DLC as well, including new Layered Weapons, hairstyles, stickers, and other wacky items.

After this update on September 29, the next Free Title Update will be arriving sometime in late November. That one seems to be mostly about monsters, with new ones coming and current monsters getting variants and powered-up forms.

How to Get and Use Archon Shards in...