When Does Hogwarts Legacy Release on Nintendo Switch? – Answered

It's a little late to the party 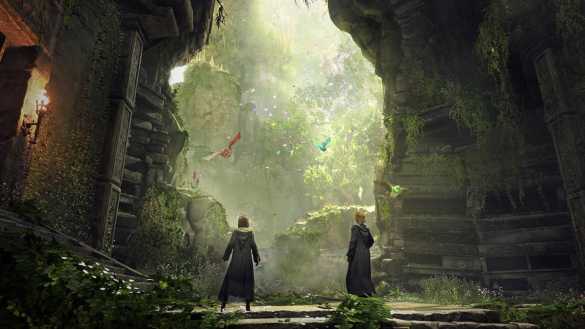 Hogwarts Legacy has experienced several release date changes over the years. Initially announced in 2020 and planned for release in 2021, it has since pushed this date to 2022 before settling on a 2023 launch. However, things get a little complicated from this point. While the game releases on PC and next-gen consoles in February, the same can’t be said for a platform like Nintendo Switch. If you’re interested in learning more, continue reading to find the official Nintendo Switch release date for Hogwarts Legacy.

As of now, the confirmed official release date for Hogwarts Legacy on Nintendo Switch is July 25, 2023. The Frequently Asked Questions page briefly describes this, with the main highlight being a decent update post from the official Hogwarts Legacy Twitter page. This post also mentions the shift in release dates for PlayStation 4 and Xbox One, which were delayed to April 2023.

Of all the platforms the game is launching on, the Switch has the latest date, releasing over five months after PC, PlayStation 5, and Xbox Series X|S. Despite the PlayStation 4 and Xbox One delay, these also launch over three months before the Switch version.

Since the game has experienced various delays, it is entirely possible that this date may change again, especially once community feedback becomes more widely known after the February launch for PC, PS5, and Xbox X|S. However, as of now, there are no further updates regarding any delays for these platforms or additional changes to the Switch release.

Hogwarts Legacy will be available on PC, PlayStation 4, PlayStation 5, Xbox Series X|S, Xbox One, and Nintendo Switch through the official website. If you’re interested in learning more about the game, check out Everything Included in the Dark Arts Pack and Will Hogwarts Legacy Have Microtransactions?