When Did SMITE Come Out? Answered - Prima Games
Tips

When Did SMITE Come Out? Answered

Game is closing in on its 10th anniversary! 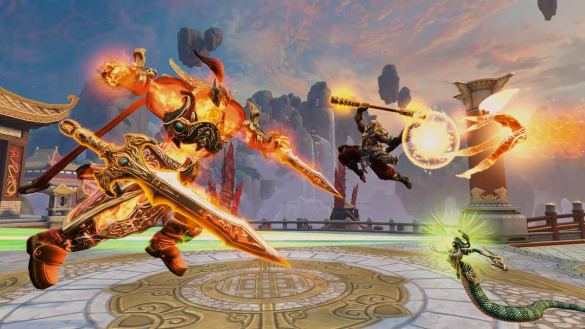 SMITE is one of (now many) games that Hi-Rez Studios are maintaining at the moment (Divine Knockout, Paladins, Rogue Company, Realm Royale, etc.) and was a groundbreaking MOBA experience when it was first released.

To many, it looked like League of Legends from a third-person perspective (like in World of Warcraft PvP, for example), and the game was hailed to be the League of Legends killer, but for some reason, the momentum stopped. While the popularity of SMITE is slowly fading away, we commend the mythological concept Hi-Rez had for it and feel bad for the missed potential. Did you know that SMITE held the world record for the highest esports prize pool at one point?

In this article, we’ll go around some historical details about when SMITE came out on the various platforms it is now available.

When Did SMITE Come Out on PC?

At first, there was the Closed Beta. The Closed Beta has begun on January 24, 2013. SMITE came out on PC on March 25, 2014. Originally, it was available as a standalone client, but now you can download it through Steam and Epic Games Store. To start, there were only servers in Europe and North America, but now you can play the game on Australia, Brazil, Latin America North, Latin America South, Southeast Asia, and Japan servers as well.

When Did SMITE Come Out on Xbox?

The Alpha version of SMITE for Xbox One started back in 2015, on March 11. Soon enough, on May 15, it transitioned into closed beta, followed by the full release of the game on August 19, 2015.

When Did SMITE Come Out on PlayStation?

The Alpha version of SMITE for PlayStation started back in 2016, on February 19. It moved into the Closed Beta stage in March. On May 31, 2016, it saw its full release.

When Did SMITE Come Out on Nintendo Switch?

Switch was late for the party, with a closed beta starting on January 24th, 2019, exactly six years after the PC Closed Beta. How time flies! On February 19, 2019, SMITE was fully out.