When Can You Find Stitch in Disney Dreamlight Valley? - Answered - Prima Games
Tips

When Can You Find Stitch in Disney Dreamlight Valley? – Answered

Make sure you hide your socks 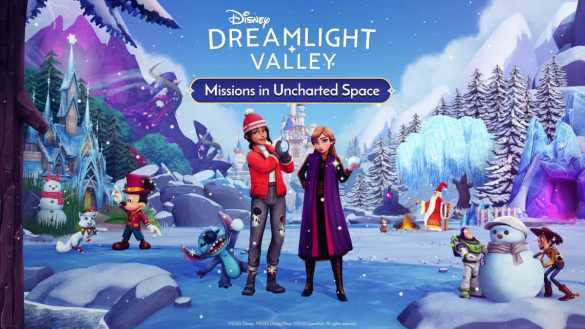 When you think of the big winter update in Disney Dreamlight Valley, you’ll likely think of one of a few things. The first is the Toy Story Realm, which introduced Buzz Lightyear and Woody the Cowboy doll, and the other is the addition of Stitch, the lovable blue koala. While entering the Toy Story realm is as easy as spending some Dreamlight and walking through the magical door, finding Stitch is an entirely different challenge. If you’re interested in learning more, continue reading to discover when you can find Stitch in Disney Dreamlight Valley.

When Can You Find Stitch in Disney Dreamlight Valley? – Answered

With the major Toy Story update being so new, there is little information currently available regarding Stitch’s exact whereabouts. However, the secret to this starts with Dazzle Beach, a sock, and a hot-headed duck. That’s right; I’m talking about The Mystery of the Stolen Socks.

When you search around Dazzle Beach, you’ll eventually find a chewed-up sock that initiates the quest mentioned above. Using the process of elimination, we find out that Donald Duck owns it and, upon returning it to him, find out that other items of his have been stolen too. After some cleanup and discovering a Strange Device, returning it to Donald completes the events.

Before finding Stitch in Disney Dreamlight Valley, you’ll have to repeat this process twice. Around five days after the initial sock discovery in Dazzle Beach, you’ll encounter the second sock in the Peaceful Meadow. Five days after that, the last sock appears in the Forest of Valor. If you started collecting socks on December 6, when the update launched, the earliest you can find Stitch is on December 16, 2022. However, if you start later, you will only see him once you finish this three-part sock-hunting series.

Disney Dreamlight Valley is available to play on PC, Nintendo Switch, Xbox One, Xbox Series X/S, and PlayStation platforms through the official website. If you’re interested in learning more about the game, check out Where to Find Yellow Daisies and our A Secret Mission in Uncharted Space Quest Guide.