What is the Splatoon x Pokemon Splatfest Event? – Game Modes, Features, and More 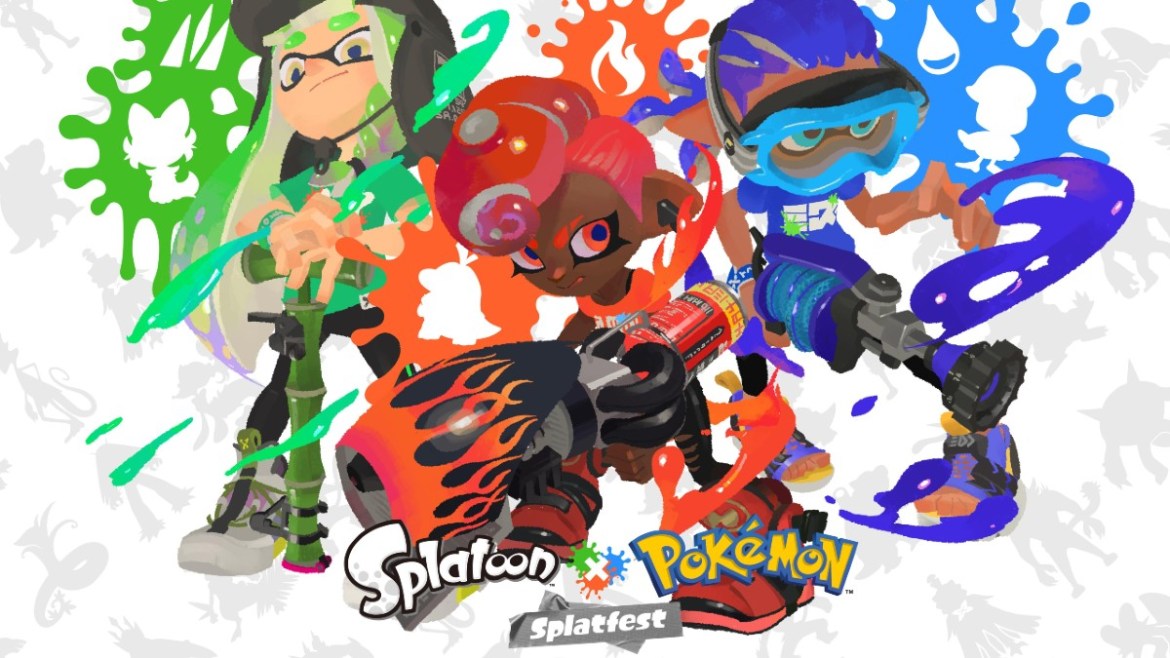 The second Splatfest event is live in Splatoon 3, as players around the world compete for their chosen teams to be crowned Splatfest Champions. To celebrate the upcoming release of Pokemon Scarlet and Violet, players can choose their partner Pokemon type team and participate in Splatfest battles all weekend long to earn points and win rewards when it’s all over. It’s not too late to jump in, so keep reading to learn what the Splatoon x Pokemon Splatfest event is, including game modes, features, and more!

Related: When is The Splatoon x Pokemon Splatfest Happening? – Answered

Splatoon x Pokemon Splatfest – How To Choose A Team

To get started, just jump into Splatoon 3 and head over to the little stall in Splatsville. From there, you’ll be posed with the toughest question of any would-be Pokemon trainer: What’s your partner Pokemon type?

There’s Team Grass, represented by Shiver; Team Fire, represented by Frye; and Team Water, represented by Big Man. Choose carefully, as you won’t be able to change your mind after you’ve picked one! Once you’ve joined a team, you’ll get a sweet t-shirt to rock in your upcoming matches, which actually has the Ability Doubler buff on it, effectively doubling the bonuses of other gear abilities that are attached.

Now that you’re on a team, it’s time to get to splattin’.

During the Splatfest event, the Battle types will be replaced by limited-time Splatfest modes, including:

What the heck is Tricolor?

The Tricolor Turf War mode is a special event where one team of four starts in the middle of the map, fighting against two separate teams of two to defend their turf. The rules are similar to the normal modes, where you’ll need to ink the most ground to win, but includes a couple twists.

Although the two teams of two are technically working together to overwhelm the defending team (who are the current leaders in the Splatfest event), they can still attack each other. Additionally, the defending team has to defend their Ultra Signal, which summons a Sprinkler of Doom if touched by an attacking team for too long, spraying ink all over the battlefield.

Splatoon x Pokemon Splatfest – What Are The Rewards?

Besides bragging rights for leading your team to victory, all players who participate will get Super Sea Snails to hand over to Murch in exchange for gear upgrades and abilities. Obviously, the winning team gets way more than the runner-ups.

Also, Murch will scrub abilities off your Splatfest Tee at a much cheaper price than usual during the Splatfest event, so it’s a good chance to stock up on ability chunks as well.

Related: How to Play With Friends in Splatoon 3

The Splatoon x Pokemon Splatfest event starts on November 11 at 4 pm PT and lasts until November 13 at 4 pm PT. Jump in now, and take your partner Pokemon Team to victory! For more information on Splatoon 3, check out our other guides here at Prima Games.