What is an Operator Kill in COD MW2? - Answered - Prima Games
Tips

What is an Operator Kill in COD MW2? – Answered 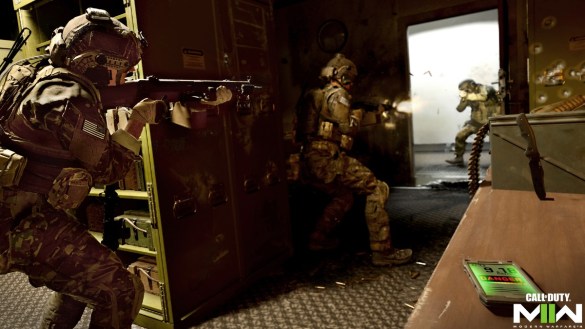 Whether you’re trying to unlock some new titles or you’re looking at the daily challenge menu in multiplayer, it’s almost guaranteed that you’ve been tasked with earning Operator kills. Considering that there is no real explanation for the term in Modern Warfare 2 or Warzone 2, it’s easy to get confused.

What makes the subject even more confusing is that the term isn’t used across the board. If you’re going through the camo challenges, you’ll notice that there is no reference to Operator kills. There is no need to worry, though, as we’ll go over what it means to take out an Operator in MW2.

COD Modern Warfare 2 – What is an Operator Kill

These types of eliminations are much simpler than the challenges make them seem. Operator kills are simply eliminations against real enemy players. In other words, as long as they aren’t an AI or an NPC, they will count as an Operator in Modern Warfare 2, DMZ, and Warzone 2.

When you choose your own character in MW2, you’ll notice they are referred to as the same thing. There is an entire menu for Operators and for that reason, Infinity Ward chose to stick with the same name for your competition. So anytime you see a challenge that says “Get Operator Kills with Frag Grenades”, it just means earn a kill with a grenade in a multiplayer match.

Why this name was chosen is a different question. If you look at the camo challenges for weapons, all of the tasks are simply labeled as kills. AI kills also don’t count for these challenges, so, oddly, they would refer to the same concept in two different ways. But now that you know the meaning, go out there and complete all the challenges you can.