What Does the Destiny Knot Do in Pokemon Scarlet and Violet? - Answered - Prima Games
Tips

What Does the Destiny Knot Do in Pokemon Scarlet and Violet? – Answered

As decided by fate 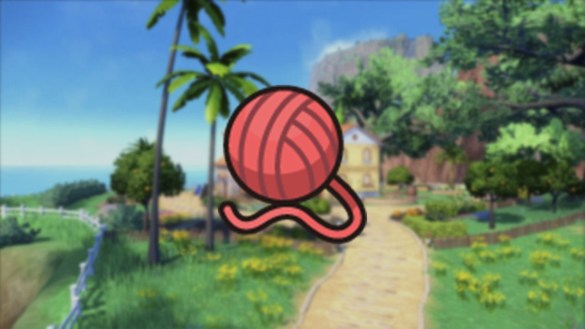 There are dozens of different held items in Pokemon games, allowing you to customize your creatures with the exact strategy you want to use. Some will increase the potency of your moves, while others have some other kind of beneficial effect in battles. Choice Scarf and Leftovers are examples of both cases, respectively.

But some of them have different effects on battles and outside of them, as it’s the case with the Destiny Knot. You may have heard of it, but its main usage is not actually stated in the item.

Outside of the regular battle effect, it plays a huge role in Pokemon breeding, and it’s essential to get a good offspring. Here’s what it does in Pokemon Scarlet and Violet.

What Does Destiny Knot Do In Pokemon Scarlet and Violet?

When a Pokemon holding a Destiny Knot lays an egg (or its partner), five of the Individual Values from the total 12 of the parents will be passed down to the newborn. This effect won’t stack, so you only need one Destiny Knot when breeding.

Related: Where to Get the Destiny Knot in Pokemon Scarlet and Violet

When held in battle, Destiny Knot makes that if the holder is infatuated by an opponent’s Attract or a similar move, the opponent will also fall in love with the holder. That’s a huge niche use, considering how Attract’s not as common as other status conditions in the first place, but that’s ok. The other use makes up for it.

The item itself is a direct reference to the red threat Asian myth, which states that you and your true love are always connected by an invisible red string tied to your fingers. It’s even named Red Thread in Japan due to that. Yeah, it was destiny that made your two Pokemon meet and have a child. They are each other’s true love! Did you give it to Ditto? Don’t worry; Ditto loves everyone equally and truthfully. He’s a cool guy.