What Are the Differences Between the Four Common Rooms in Hogwarts Legacy? - Answered - Prima Games
Tips

What Are the Differences Between the Four Common Rooms in Hogwarts Legacy? – Answered 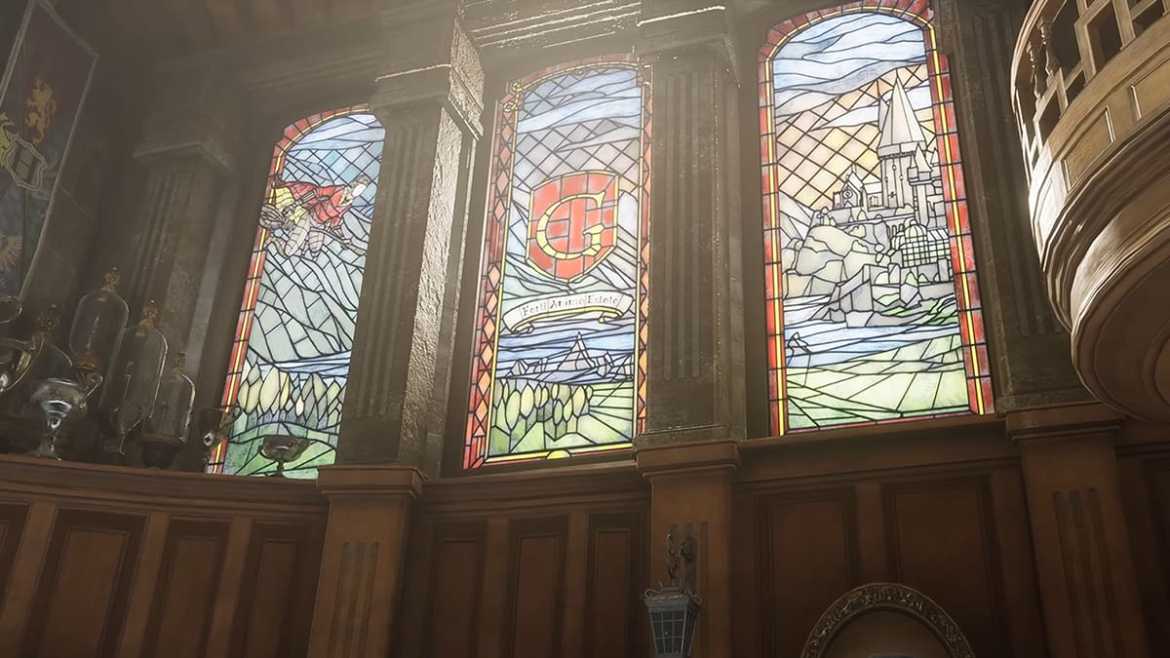 In Hogwarts Legacy, there are many reasons why you may pick one House over the others. You may want to talk to specific characters, prefer certain traits, or even want to align yourself with a particular element. For many, though, it’s the colors and appearance of places like the common rooms and clothing that guide us. If you’re interested in learning more, continue reading to discover some key differences between the four Common Rooms in Hogwarts Legacy.

Based on four Common Room tours released by the official Hogwarts Legacy YouTube channel, we have a good understanding of what each area entails and some key differences. These differences go beyond simple color palette swaps and design tweaks. Every Common Room varies vastly in its characteristics and features, which we’ll highlight as we continue forward.

Defined by its warm red and yellow decoration throughout the area, the Gryffindor Common Room features the famous lion crest, an abundance of paintings, and several spacious areas where students chitchat. A notable feature that differs from the other rooms is one of the main entrances to the room. While other doors are either open in plain view or hidden behind obstacles, the Gryffindor Common Room has a secret entrance behind the Fat Lady Portrait, directly referencing the books and movie. Another reference is multiple Quidditch awards and posters, particularly one referencing the Chudley Cannons team.

Primarily defined by its colder green-silver colors and snake crest, Slytherin has a much larger feel due to its high ceilings and open floor plan. Unlike Gryffindor’s wooden features, it also has predominantly stone floors and walls. Slytherin has a much darker vibe, mainly because of its location under the Black Lake.

Much like Gryffindor, it also has a secret entrance to add mystery to the Common Room. However, rather than hiding behind a painting, this entrance reveals itself behind a slithering snake.

Of the four Common Rooms, Ravenclaw has the most elegant atmosphere with its stone and marble architecture. This contrasts with features like the dark blue carpets, library shelves lining the walls, and sophisticated decorative items that don’t appear elsewhere. While it isn’t as large as the Slytherin Common Room, the Ravenclaw room has significantly more windows and other open areas to give it a completely different feel.

Another notable feature is that, unlike the first two rooms with secret entrances, the Ravenclaw one is relatively simple. It is a wooden door with a large raven spreading its wings. Also featured in the Ravenclaw Common Room is a bronze fireplace, reflecting the House’s blue and bronze colors.

Despite Hufflepuff being defined by its yellow and black colors, this isn’t the primary feature of its Common Room, especially in Hogwarts Legacy. Instead, we get a warm earthy atmosphere, with potted plants scattered around the room and wooden architecture. While it still has a spacious design, it feels smaller and more compact than the Slytherin or Gryffindor Common Room. This tight feel is also emphasized by the small, circular doorways around the room rather than the massive grand entrances in others.

Related: How Does House Sorting Work in Hogwarts Legacy? – Answered

Despite each Common Room in Hogwarts Legacy having numerous differences, they also feature some similarities. Each area will have items such as Floo Flames, Disillusionment Chests, and various puzzles to find collectibles. You’ll also find dorm rooms where you and other students sleep, central sitting areas, and defensive mechanisms to stop mischievous students from visiting specific places.

Hogwarts Legacy will be available on PC, PlayStation 4, PlayStation 5, Xbox Series X|S, Xbox One, and Nintendo Switch through the official website. If you’re interested in learning more about the game, check out Everything Included in the Dark Arts Pack and All Confirmed Potions in Hogwarts Legacy.