What Are Insignia in Warhammer 40K: Darktide? – Answered

Yet another cosmetic to consider when changing your appearance. 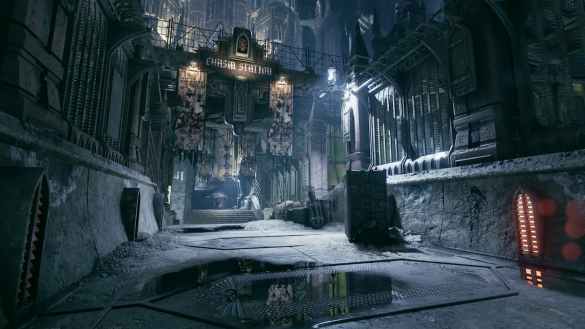 Warhammer 40K: Darktide gives you plenty of ways to ensure your character and profile are unique to you. Even beyond creating your character’s backstory, appearance, and name, you have all sorts of cosmetics to choose from. These include weapon skins, trinkets, body cosmetics, and profile cosmetics. One such cosmetic can be a little confusing, mainly because it isn’t a large cosmetic change. Here’s what Insignia are in Warhammer 40K: Darktide.

What Do Insignia Do in Darkitde?

There are two places where you may have first noticed Insignia. The first, and more likely, was when checking your Cosmetics page. At the bottom right is the Insignia tab, which gives you the choice between a bunch of small strips that you can modify. The other place you may have noticed was through some of the penances in the Penance menu, which reward an Insignia upon completion.

As for what having an Insignia changes cosmetically, this can be found to the left of your character portrait when in the mission lobby and at the end of mission screen. The little strip will appear there, as an extra way to flex on your teammates and let them know what major milestones you’ve reached. Frankly, almost no one is going to notice it, but hey, it’s another cosmetic to spruce things up.

Related: How to Change Cosmetics in Warhammer 40K: Darktide

Cosmetics may not be much on their own in some cases, but when put together, they can truly make your character yours. Without them, much of the character-building Fatshark put forth would be far less interesting. You also wouldn’t have many rewards from penances, merely being a way to brag to your friends and nothing more. Now, you can brag to your friends while looking snazzy.

For more information on Darktide, check out our other guides and tips here at Prima Games.