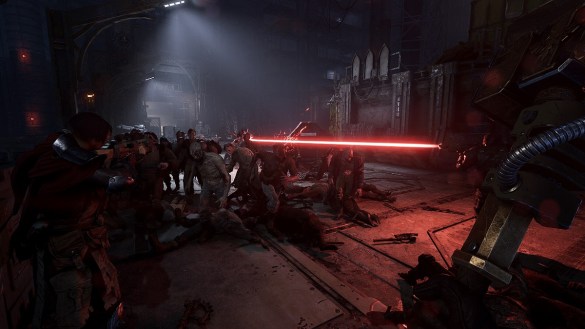 Warhammer 40K: Darktide, like its predecessor, isn’t the easiest game you can play. Sure, if you’re playing on the easiest of difficulties you won’t have much trouble. Once you go into the higher difficulties though, teamwork and communication are almost necessary unless you’re looking for failure. Each of the difficulties can be somewhat confusing, and arguably misleading for when they’re unlocked. Here’s what each Warhammer 40K: Darktide difficulty level is, and around what power level you should dabble in them.

In total, Darktide supports five levels of difficulty with each offering significantly more challenge than the last. They are as follows:

That’s all five difficulties you’ll be dabbling in within Darktide. As said, the difficulty unlock requirements are incredibly misleading, so trust us when we say to be patient and work on increasing the power of your character. You’ll thank us later.