It is about to get musical today. 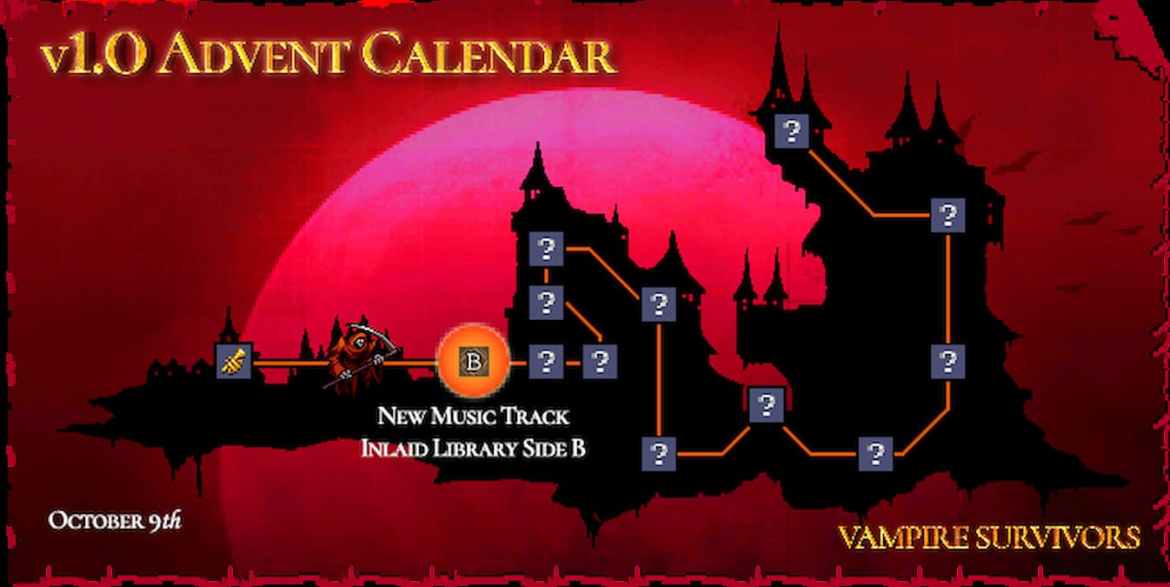 You would most likely agree that retro-sounding music designed with the sounds of the 90s video game music in mind drastically improves the immersion of a retro-looking game like Vampire Survivors. Fans of the rogue-lite seem to truly love the soundtrack, and so far, all songs have been published on Poncle’s official YouTube channel. If you haven’t already guessed, Advent Calendar Spoiler 3 for October 9th, 2022 is related to the soundtrack of Vampire Survivors. And oh boy, do we have some great news for you all.

“Blast from the Past”, as announced pejoratively on the Steam page for Vampire Survivors, is the original background music for the Inlaid Library which was removed with the promise of it returning at some point in the future.

Filippo Vicarelli, the “Midi Tamer” has produced a new version of the Inlaid Library called “Libro Inferno” which can be listened to on YouTube. Aside from this, he has also been working on “B Side” tracks for every stage in the game.

Prima Games will provide coverage for all days of the VS Advent Calendar so make sure to check back every day for more news about this release. Of course, expect day 1 guides from us as well for every piece of new content that becomes available once the game fully releases on October 20, 2022.

Until then, feel free to scout out our other Vampire Survivors guides and articles for anything you need help with regarding this lovely indie game.