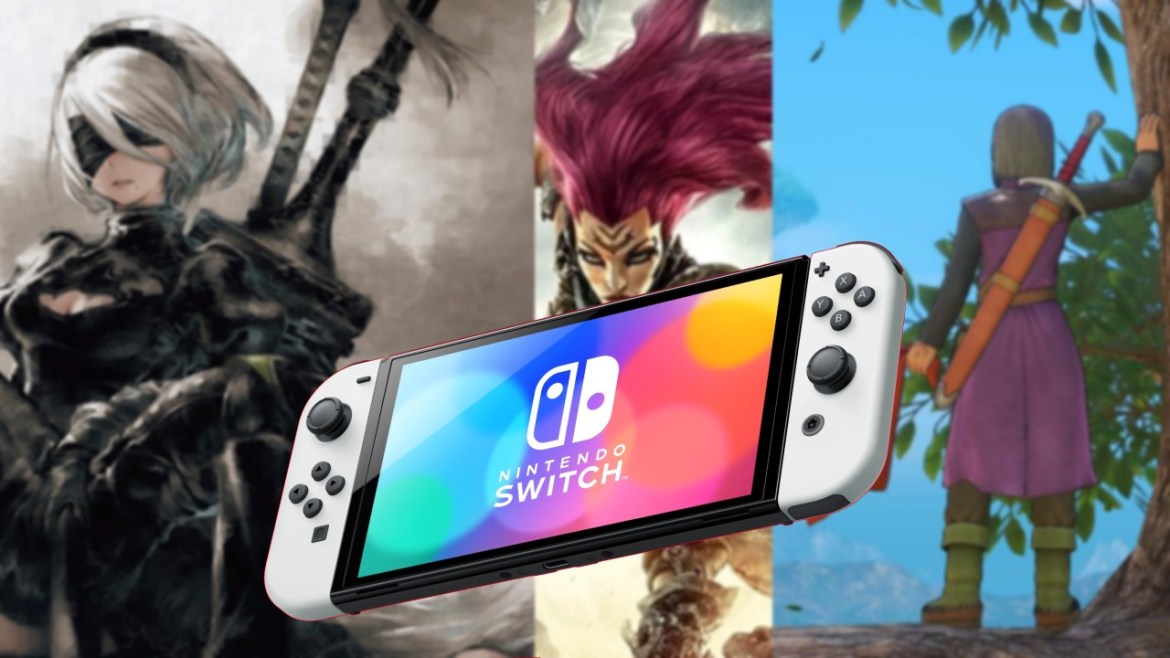 The Switch is one of my favorite platforms ever, even despite its shortcomings. The Switch Lite in particular is the handheld of my dreams, capable of HD visuals but not so bulky or heavy it feels like a brick that plays videogames. It’s underpowered for sure and has unprecedented competition in 2022, but the foundation is still there for why I loved this thing to begin with back in 2017. And as time has gone on, making ports of AAA games for Switch has become a sort of bragging rights thing for many developers. After all, it isn’t easy getting a game the Switch shouldn’t be able to handle into an acceptably playable state.

While there are many beyond this list, here are some of what I consider the best examples of what the Switch is truly capable of in the right hands.

The whole Darksiders series is available on Switch, but the port of the third game in particular is the most impressive. It’s a totally viable alternative to the bigger console versions, and with the updates that came to the game in general post-launch it’s a much more chill affair overall.

This is easily one of the best ports on Switch, if not the number one spot-holder. Just check out my feature article on this very topic if you need some convincing.

Bethesda’s shooter ports were some of the earliest of their kind to hit the Nintendo Switch, and were considered the gold standard for a long time. It’s unbelievable how well these games run on the handheld hardware, even with the compromises the developers had to roll with.

Much like Dark Souls, Alien Isolation’s original “cross-gen” release leads to an excellent Switch port. Just check out this Digital Foundry analysis of the horror classic’s handheld edition, and you’ll see there are actual improvements from the original.

Action RPGs are a perfect fit for a platform like the Switch, and Diablo 3 is no exception. The game is super well-optimized, offering an experience that is just as good, if not better than, the original console versions. Portability only sweetens the deal.

Nintendo’s whole porting Wii U games to Switch thing turned out to be an excellent idea, with the Wii U’s PS3/360 (but stronger) hardware translating to the Switch with ease. Bayonetta 2 is a high mark among high marks, with its performance boost over the original release enhancing the experience’s speed and style.

Dragon Quest XI was planned for the Switch from the beginning, but Nintendo’s hybrid platform didn’t support Unreal Engine 3. That’s a hell of a roadblock, but Square Enix eventually took on the task of bringing the whole game over Unreal 4. The game runs great on Switch, and was even the first platform to get all the new content.

This big, beefy open world action game is a lot to smush into a handheld running on dated mobile hardware. And yet, here it is running better than anyone would’ve ever expected.

The Witcher 3 is kind of a mess on the Switch, but to be fair so is the original game. CD Projekt RED sticks its games together with duct tape and craft glue, only getting to the point of running as intended well after launch. So Saber Interactive’s Nintendo Switch port is a minor miracle, and is such an undertaking it even has PC game-like visual options players can tinker around with.