It's the same thing as the other one 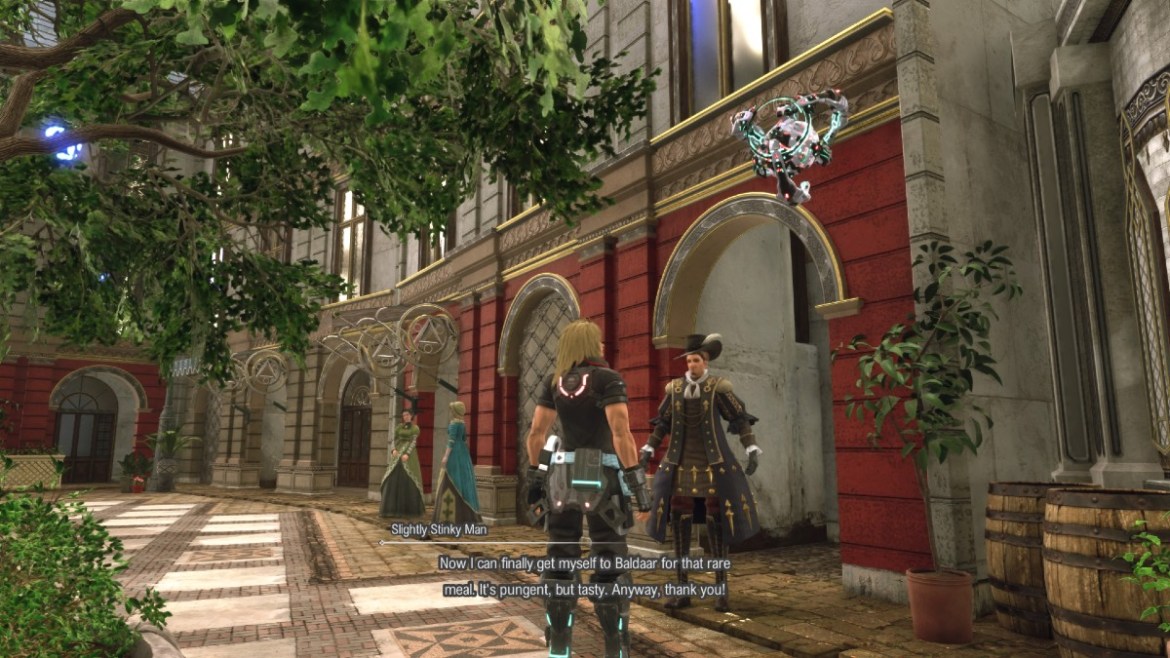 Remember that quest early on with the curry and the worms? Yeah, there’s another one of those several hours later. When you’re visiting the Royal Capital you’ll come across a guy who keeps getting attacked by worm monsters after eating something. Your job is to figure out what that meal is, and where to go to make those worms show up. The biggest barrier, in this case, is story progress.

Related: Star Ocean The Divine Force: Why is it Only Me? Quest Guide

The biggest snag is that Creepy Crawly Critters involves the Baldaar Citadel. You need to be able to access this spot to get the meal you need. And the problem with that is there’s a big chunk of the story that doesn’t let you go there. And that’s after you’ve unlocked it. So if you miss the time window, you have to sit and let this quest marinate in your list for a while.

Once you can access Baldaar, you need to hop over to the inn and eat a specific meal. Remember the clue from “Why Is It Only Me?” The same thing applies here. You need to pick the meal that mentions its smell. And to go ahead and answer it, you want to get the Fermented Ratatouille. After all, it’s the one with the “pungent smell.”

Related: Star Ocean The Divine Force: When I Sleep and When I Wake Quest Guide

Once you’ve eaten the Ratatouille, head out to the Aucerius Plains and follow the road through the area. Eventually, the Starving Worms will attack under one of the arches you pass under. Take ‘em out and that’s it, you’re done. If you’re at the point in the story that doesn’t let you enter Baldaar, it does open back up eventually. Just keep advancing the story and the quest will still be there waiting for you.