Sonic Frontiers: How Does the Slot Machine Work?

Froggy needs to get paid 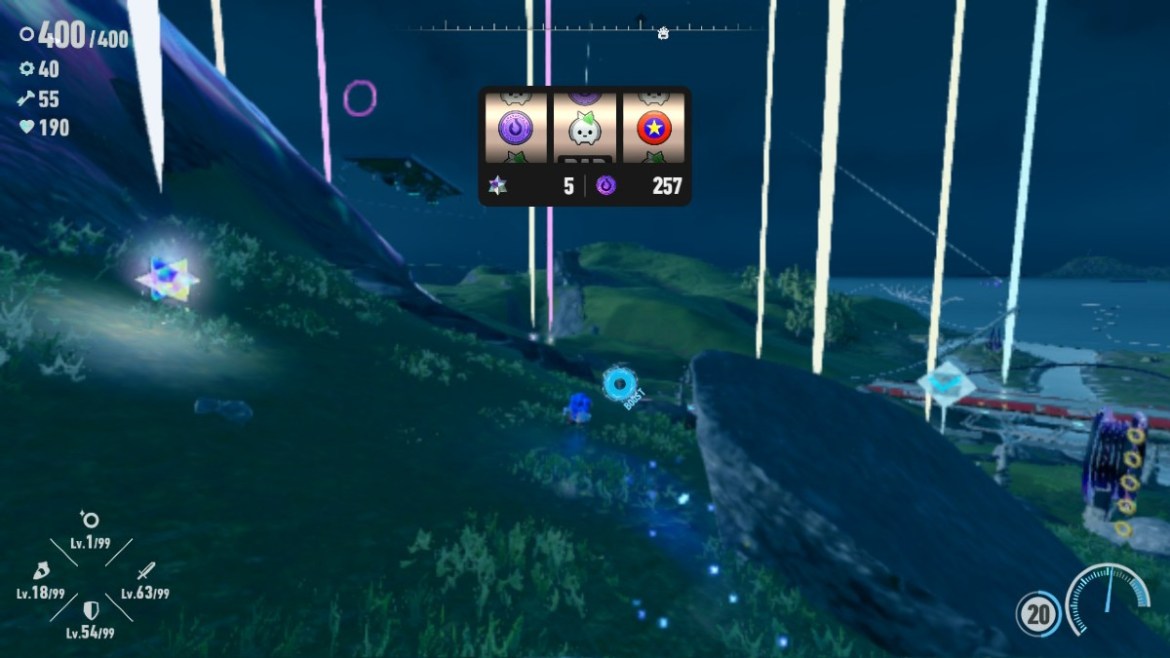 There’s a slot machine in Sonic Frontiers, which is involved with one of the game’s strangest elements. It’s called Starfall, and it seems really important for things like going for full game completion. So how does it factor into everything else? What is the purpose or benefit of engaging with Starfall? It’s time to explain one of the strangest parts of Sonic Frontiers, which really says a lot.

Starfall is an event that can happen during nighttime as you make around the open zones. During this time, meteors fall from the sky en masse, and they scream for your attention with map marker-like trails shooting all the way up into the sky. A slot machine also appears on the screen, hanging above Sonic’s head and displaying things like Kocos and springs and whatnot.

Related: Sonic Frontiers: How to Get and Use Gold Cards Explained

Each meteor you pick up initiates a slot machine roll, and you pick up a lot of meteors very quickly during a Starfall. So quickly the slot machine really can’t keep up, so there isn’t much point in watching it. You know it’s doing its thing when you see the purple coin counter go up. Each successful roll nets some amount of purple coins, but which matches and how many you get is largely irrelevant.

Just keep that boost going and collect as many of those shining gimmicks as you can. You need those purple coins in order to go fishing, in order to earn tokens, and in order to trade those tokens for all kinds of important stuff. It all goes back to my boy Big the Cat. Sure we’re playing as Sonic the Hedgehog, but we all know who the true hero of the hour is in Sonic Frontiers.