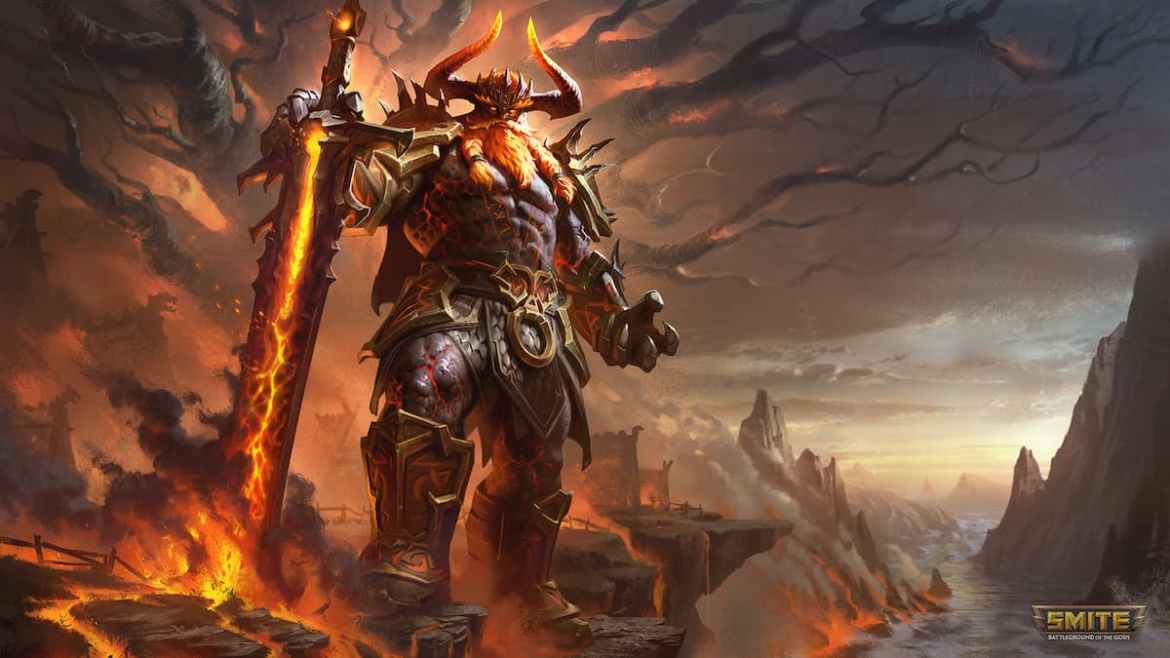 Surtr is a new God in SMITE, which had quite a tectonic entry, if we can call it that. He has stepped down from the role of Fire Giant and got promoted into a God. Surtr is a mighty Warrior who is not very difficult to play and has a very interesting kit. You can build him differently, depending on the battlefield situation and the Gods participating in a match. Prima Games will tell you about the ability leveling order and cool items that you can equip.

You can read about Surtr’s Abilities at the start of our Year 10 (Season 10) Patch Notes article:

In this guide, we’ll start with the ability order.

Apart from the Ultimate, which is a priority to get leveled as soon as possible, you will generally max out the first ability (Flames of Musspell). Take the second ability (Giant’s Grasp) at your second level because that Stun is OP as hell. Faster than Ullr’s axes, stuns for 1.2s, and has decent damage too! At Level 4, introduce the third ability (Emberwalk). Level 5 is, logically, when you should take the Ultimate (End of Days).

From there, keep maxing the first ability (Flames of Musspell). At Level 8, you may not pick anything, and then when you hit Level 9, pick both Flames of Muspell and End of Days.

Regarding the prioritization of Giant’s Grasp and Emberwalk after you see Flames of Musspell through to max level, there are conflicting opinions about what you should choose first. Giant’s Grasp has great single-target damage and should be maxed in situations where, for example, you’re on a solo lane or in the jungle. Emberwalk could be better when you are in bigger fights more often (such as in Arena). The good thing about Giant’s Grasp is that the stun lasts 1.2s at all levels and that the movement speed on Emberwalk is the same, so you only need to gauge which damage you need more.

Item Build for Surtr in SMITE

Surtr is, as mentioned, a Warrior. He can be built as a full tank or a bruiser since he has that much flexibility (until he gets nerfed).

Items for Surtr in SMITE (Lane/Tank/Bruise)

Additional Useful Items for Surtr As a Tank in SMITE

Relics for Surtr in SMITE

Blink. For the other slot (Relic Shard now), you can easily take Wing Shard; others kind of don’t make sense. Later, upgrade it to whatever you and your team need. It could be Beads, Aegis, more anti-heal, more sprint, or more noclipping (when you have Odin against your team).