Yo, what timeline is this? 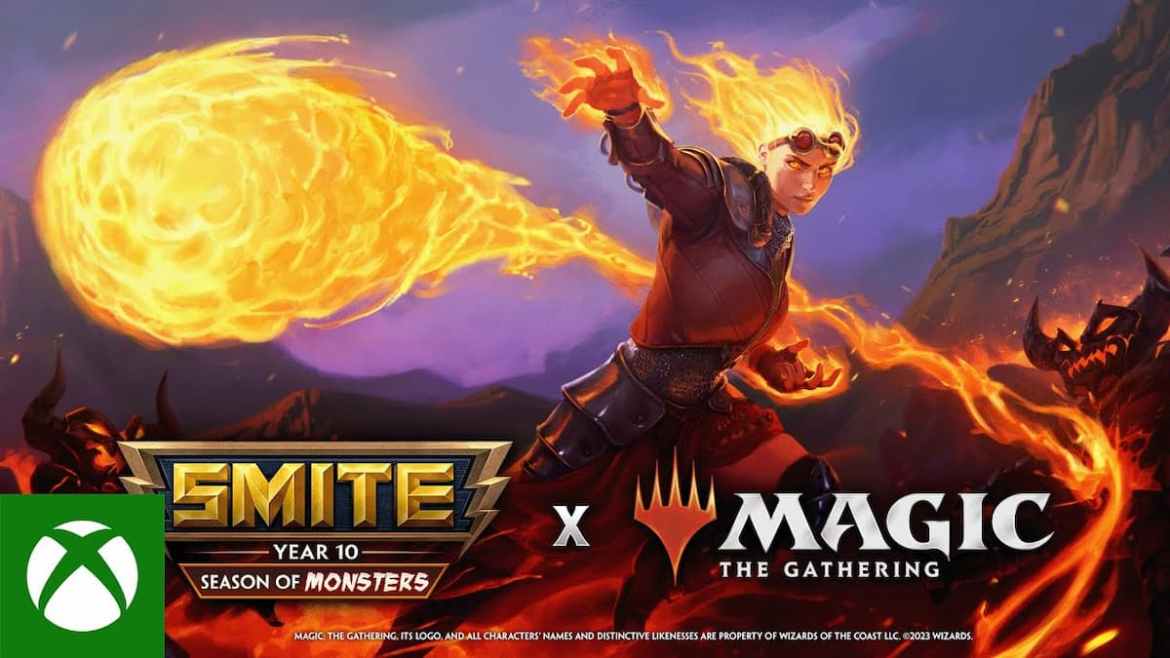 It has finally happened! Planeswalkers have breached into the universe of SMITE, ten skins are about to come into the game pretty soon, with many nerds around the world rejoicing about getting new stuff to spend their hard-earned money on.
The collab between SMITE and Magic: the Gathering has been in the works for some time, and we finally have a confirmation about it happening. Prima Games delivers information on what Planeswalkers are announced as confirmed, and we have some takes on which Planeswalkers/cards might make an appearance in this crazy collab. See more below!

When is the SMITE & Magic: the Gathering Crossover Starting?

What Magic: the Gathering Cards Will Appear in SMITE in Season 10?

Legendary M:tG cards that are so far confirmed to appear in SMITE are:

There will be FIVE more cards that will make their appearance in SMITE. We lack the White (Plains) and Green (Forest) mana color.

Which Planeswalkers from Magic: the Gathering are Coming to SMITE?

Here is what we know so far, along with some of our predictions.

Here’s the video, feel free to judge for yourself. We could go on and on and on and on (the writer of this article played M:tG before). When this patch goes live, make sure to come back and check out how right or wrong we were!