New SMITE Items Shown at the SWC Stream for Season 10

You're gonna love these. 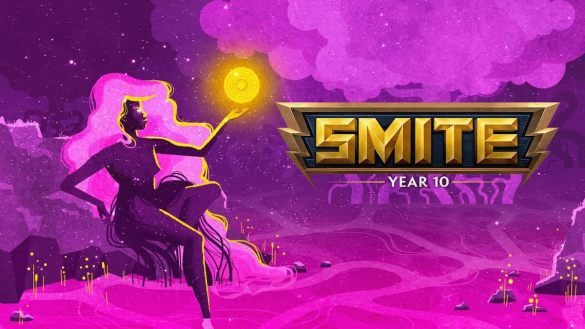 During the SWC (Smite World Championship) stream, a couple of new items and item changes have been revealed, alongside the new Conquest map for Season 10. Hi-Rez has shown some truly game-changing items in a show game that took place during their stream, and we see how these items might significantly shape the meta for SMITE Season 10.
Prima Games delivers some cool screenshots and we’ll discuss the items a bit.

There are quite a few interesting changes so we hope you’ll enjoy this read. Make sure to share the article with your game buddies so that you can prepare better for the upcoming season 10.

This item is now purely a defensive item that will be accessible by everyone (since it no longer has Magical Power on it).
Looks cool as a support item, that will help assist the tanks in bringing down enemy Gods.

A new item is upon us! Hard tank item that has an evolution. Kind of aligns well with Pridwen if you ask me.

The community predicts that the Demon Blade might be melee-only. It’s kind of an OK item. We’ll see.

Hi-Rez apparently wants to provide tanks with more significant roles in the future based on the few items that we’ve seen so far. Also, this might be a good item for a Hunter / Assassin since it provides some protection and a significant burst. Let’s do the math.

Let’s see how the damage fares, depending on God Level and Amount of Stacks on the item.

Why wouldn’t a Hunter / Assassin / Basic-Attack-Based-God-That’s-Not-In-These-Categories NOT want this item? It can do 420 True Damage twice in a fight if you survive. I feel this will be nerfed fast. Yes, it’s broken if you ask me. Nobody stops you to build it on a mage with Polynomicon. It is going to hurt like old Soul Reaver, or worse.

If you wanted to be Loki without playing Loki, this item will sate these twisted aspirations. I predict this will be a crazy jungler item for a hit-and-run strategy. Three seconds ain’t much, but it’s enough to maneuver to your next target, or away to safety.

Great item to have with the Book of Thoth, they go hand in hand really. 0.08% with 50 stacks equals 4%.
Watch out for Kukulkan builds when this item comes out.

Is Tablet of Destinies Broken?

It requires you to build your God specifically for this item. It’s a powerful item but I do not think it’s outright busted. In the right hands, it will definitely seem like it needs a nerf.

Lastly, we have the Winged Blade update. It will provide you:

We can expect Winged Blade to become a mainstream meta item effective immediately, no doubt. We’ll see how team fights will span out with this in the game. What do you think? Let us know on Twitter and Facebook.