Evolve the Viper in the Serpent Moon. 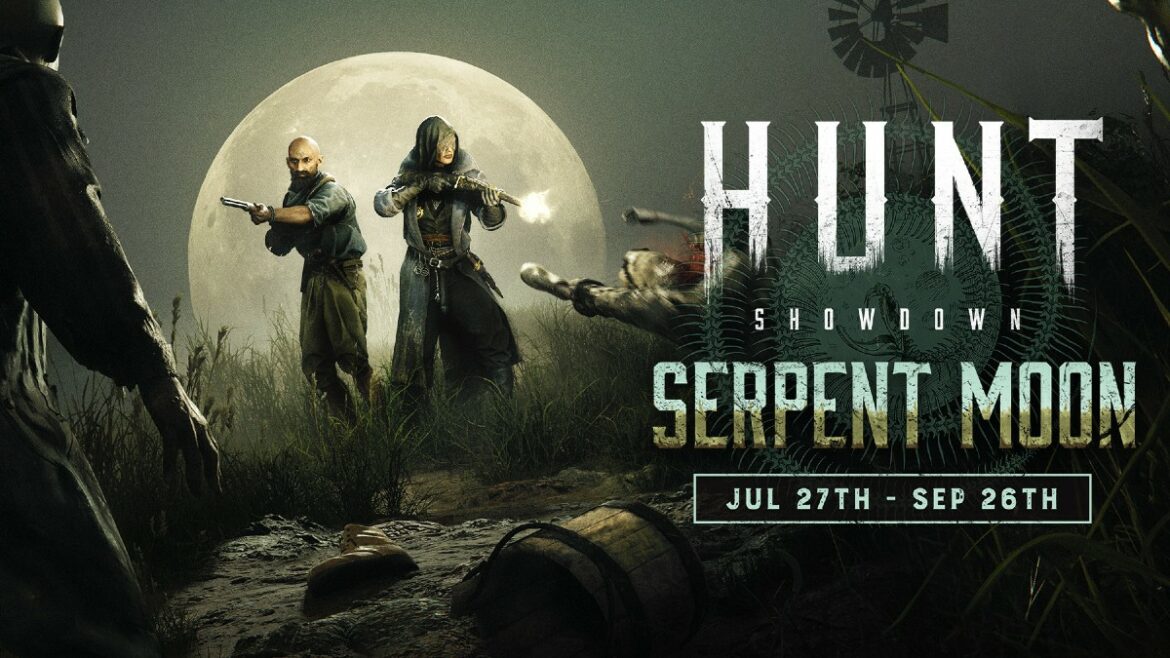 The Serpent Moon Event is in full swing and the Hunt Showdown has plenty of rewards to earn for those who commit to the hunt. Along with those rewards, a brand new Legendary Hunter in the form of the Viper is available to play and evolve as you chase serpents. As one of the biggest events in Hunt Showdown, there is plenty of content to earn and test for yourself.

Every Reward in the Hunt Showdown Serpent Moon Event

There are three tiers of rewards that you can earn as you play through the new event in Hunt Showdown. Two of them are separate versions of the same Battle Pass while the third is a premium addition to the standard pass. The new Battle Pass is based on a system that Crytek is calling the Gilded Path. Everyone can earn up to 11 rewards by taking on the free path. Standard or Premium players on the Gilded path can get an additional 17.

Premium Gilden Path holders will get all of the rewards listed above with an additional 3,000 Event Points to speed up your own path progression.

For this event, which ends on September 26, has the new Viper Legendary Hunter as the crown jewel of new content. This new hunter has a unique element that allows him to evolve visually as players progress in the path and collect snakes around the map. Sacrificing these snakes and surviving is the key to getting a Viper that visually changes. However, the Battle Pass path you choose will have an effect on the number of visual levels you can achieve.

Along with Viper, there are two new weapon variants that are available to use in Hunt Showdown. The first is a new version of the Romero 77 Shotgun called the Alamo. This weapon has five shells and an external loading device that changes the reload pattern. Another variant is a pistol version of the Sparks LRR that has a sawed-off barrel. Prepare to use both of these new weapons for close-range encounters with full aggression.

And that’s all you need to know about the Serpent Moon Event in Hunt Showdown. Make sure to get all that you can from the path before time runs out.