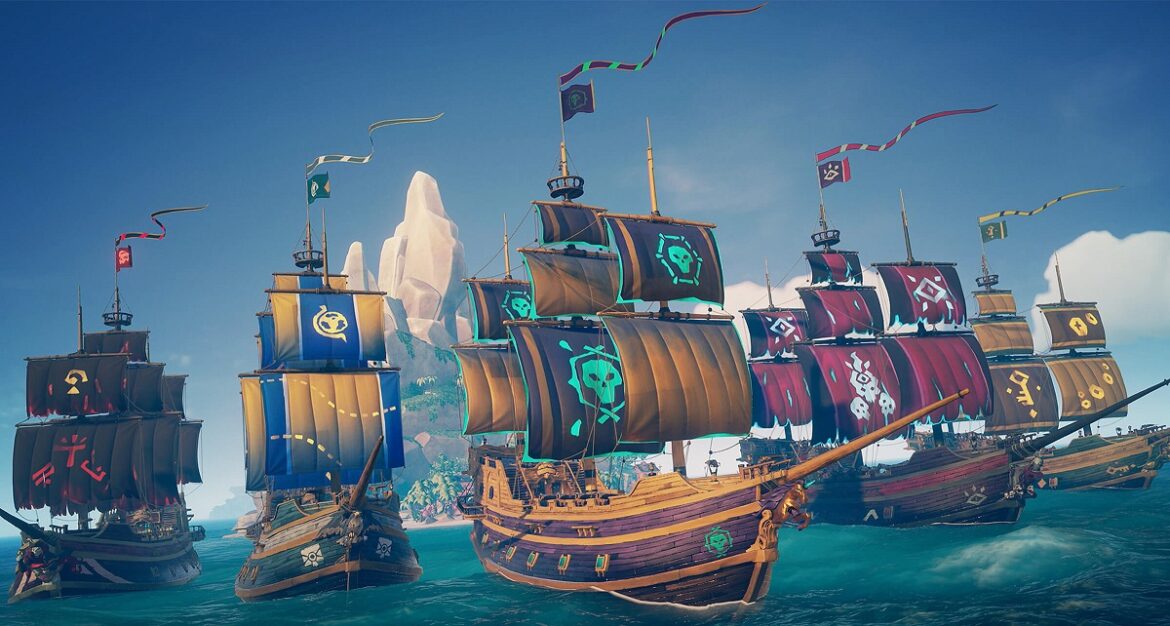 Sea of Thieves is a popular MMO for Xbox and PC developed by RARE, which 30 million players enjoy, recreating their fantasies about pirate life and adventures at sea every day. But what is a pirate without a ship, and what is a ship without a good name that can become a part of the legend or instill fear in the enemy’s hearts? Naming your ship in Sea of Thieves can sometimes be hard if you are not well versed in pirate lingo, but there are Pirate Ship Name Generators out there to help you with this important decision. Check below to see some examples.

Related: How to Change Ship Type in Sea of Thieves

The best Pirate Ship Name Generator for Sea of Thieves that we managed to find is no doubt the one from nerdburglars.net – click on the big orange “Generate Ship Name” button to get 10 randomly generated suggestions with each click.

Rules for Naming Your Ship in Sea of Thieves

There are some rules regarding the ship names in Sea of Thieves, your ship’s name should fit into these limitations:

Also, there is an option to rename your ship later but you will need to purchase the “Renaming Deed” item from the Pirate Emporium.

The ability to name your ship was added very late in the game, just with Season Seven in July 2022. It is strange to think that such an expected feature for one’s pirate life was absent from the game for so long. The new update also added the ability to customize and decorate your cabin, and to present your ship’s name on the crest for everyone to see.