Dragonite's Superpower is crushing his opponents. 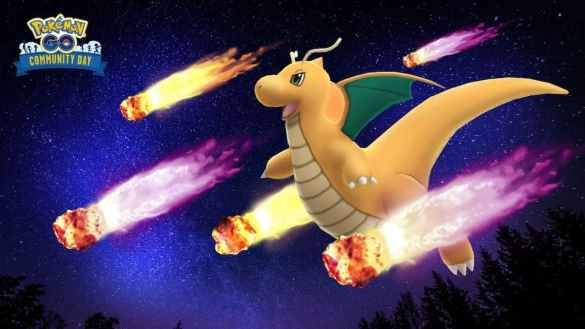 If you were one of the lucky trainers who was able to take advantage of the Pokémon GO Community Event, it’s likely you now have a Dragonite in your arsenal.

Dragonite is an asset to any trainer’s team, but if you want to ensure that you’re getting the most out of this Dragon type, its moveset is all important. But the moveset will be based on whether or not you want to use him in a PvE setting or a PvP setting.

It wasn’t so long ago that Dragonite reigned supreme in PvE. With his high power, fantastic attacks, and typing, he was able to clear out and defend gyms. But Dragonite is still very viable, and one of the best dragons in the game. Especially if you’re facing off against an opponent with a Dragon-type weakness.

For charge attacks, Outrage and Draco Meteor are easily Dragonite’s standout moves. If you participated in Community Day, your Dragonite likely has Draco Meteor. And while this move is good, its status as a 1-bar move makes it a little less competitive than Outrage, which has two bars. Technically, Outrage has the longer cooldown of the two moves at 3.9 seconds, but Draco Meteor isn’t far behind at 3.6 seconds.

Dragonite is a great Pokémon to have on your team in PvP, especially in higher leagues. The higher CP cap in Ultra and Master League will ensure that he survives longer, which means you’ll have the opportunity to get in as many STAB moves as possible. That said, he’ll suffer in Great Leagues, so maybe keep him on the bench.

Dragon Claw, which has a low energy cost and very decent damage, is a foundation move for any PvP Dragonite moveset. And with the September 2022 update, Dragonite now has the ability to go toe-to-toe with Steel-type Pokémon with the inclusion of Superpower.

Unfortunately, choosing Superpower will make it harder for Dragonite to take on Fairy-type Pokémon. Fairy types will always be a thorn in Dragonite’s side, but it’s still the best move to choose in the current meta.