Time to get scrappy. 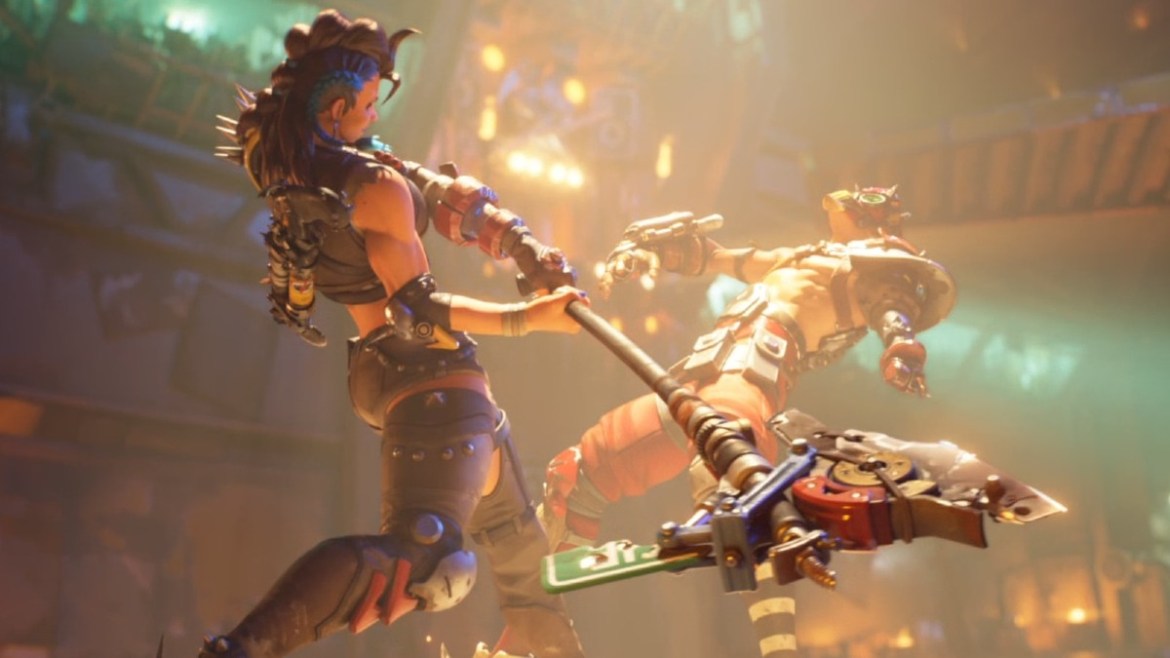 Junker Queen, the champion of the Wastelands and Junkertown’s newest ruler, crashes into Overwatch 2 on October 4 as the latest Tank character. Armed with a hard-hitting shotgun, a magnetic dagger, and a huge scrap axe, Junker Queen is a highly aggressive tank that will have enemies scrambling to survive. Wanna know how she works and some tips to play her? Read on to learn Tips and Tricks for playing Junker Queen in Overwatch 2.

Tips and Tricks for Playing Junker Queen in Overwatch 2

As stated above, Junker Queen is a highly-aggressive and damaging tank. She has one of the lowest health pools of all tank characters at this moment and only provides a small amount of team utility as opposed to Reinhardt or Zarya. Therefore, you’ll likely see her shine while on the Attackers team rather than Defenders, though, don’t underestimate her strength, as she’s capable of quickly eliminating squishy characters and dealing consistent damage to enemy tanks.

Like Roadhog, Junker Queen is armed with a 6-shot Scattergun that deals large amounts of damage up close. Though, rather than an active ability used to heal herself, Junker Queen heals passively by Wounding her enemies. Most of her abilities apply a Wounding effect, causing damage over time to her enemies and healing her over time in the process.

Junker Queen throws her magnetic dagger, which sticks into wherever it lands. Hitting an enemy will Wound them and allow Junker Queen to pull them closer to her by retrieving her dagger.

Additionally, any enemies caught in the dagger’s trail during retrieval will also be Wounded, though not pulled in. Try sticking a damager dealer or support character with the blade to pull them to the front of enemy lines, allowing your team to secure an easy kill.

Junker Queen’s only team utility skill is Commanding Shout, an area-of-effect buff that temporarily increases the maximum health and movement speed of all teammates inside it. Perfect as an initiation skill, use this to give your team the edge when it’s time for a push.

Carnage is a heavy-hitting axe swing that deals massive damage and applies the Wound effect. Try to pull a squishy enemy close by sticking them with Jagged Blade, and follow up with a Carnage swing to almost guarantee an easy kill.

When Junker Queen uses Rampage, she means business. Her ultimate ability will have her charge forward in a straight line, Wounding all enemies caught in the path and preventing them from being healed for a short duration. All Wounded enemies will, in turn, heal Junker Queen in the process, so make sure to use Jagged Blade and Carnage on them to keep them Wounded to sustain.

Related: How to Unlock Kiriko Without the Battle Pass in Overwatch 2

Now, move out and get scrappy. If this guide was helpful, check out our other guides on Overwatch 2 here at Prima Games.