How to throw box office bombs 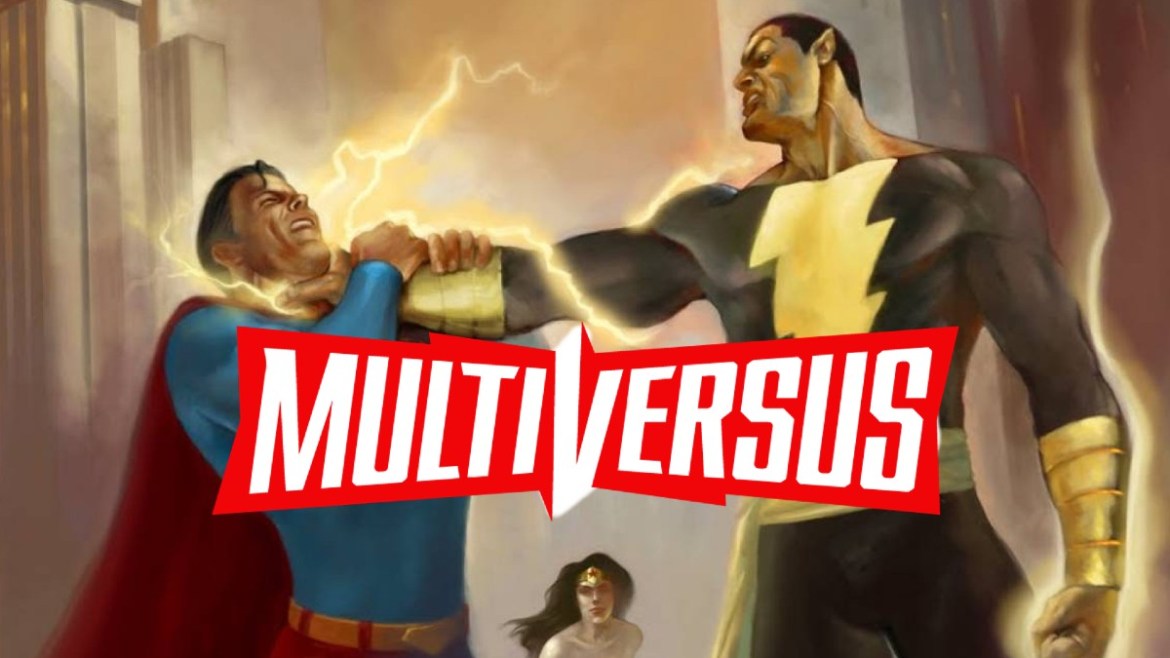 I don’t know much about Black Adam. I know he’s like, Evil Shazam, but even that’s not entirely accurate? That, and there’s a movie nobody really liked. I even used to be a pretty avid DC Comics fan, but my interests didn’t go far beyond Batman and Captain Carrot. But what I do know is playing as Black Adam in MultiVersus is a ton of fun. I’d say Taz is my True Main, but Black Adam is a close second. So I figured I’d share my approach in case it helps anyone curious but hesitant to commit.

Black Adam is a Bruiser, and he’s one of the stockiest of his class. He doesn’t move very fast, but he hits super hard. He also has weird lightning powers that provide lots of potential for trickiness, but less so if you aren’t playing at a high level. Your main goal as Black Adam is to stay calm and pick your hits, utilizing your bulk to survive tussles and precision to turn opportunity into points.

Black Adam’s lightning powers are not his primary asset, but they help you contribute throughout the fight. You can harass players from a distance with the down attack, and get quick hits on aggressive aerial foes (like Shaggy or Finn) with the air/down special. Neutral special can be finicky but good for forcing dodges and jumps, and neutral attack can be an excellent finisher if you get a good shot. Don’t count on it though.

I mentioned precision before, and if you can get the timing down Black Adam has some nasty juggling capability. Your up neutral on ground or air will snag people and keep them in place, then you can jump cancel into either another one of those or the forward air neutral (a sort of one-two uppercut). Exhaust your jumps and Black Adam’s up special as a defacto third jump and you can take someone from the ground to the upper KO if everything goes your way.

While you can do a lot of damage on the ground, Black Adam’s most reliable hits are in the air. The chargeable air neutral attack has a big radius and hits hard, the down air attack also has a wide hit range (and a backwards sweet spot, which can be amazing). With the other air moves mentioned above, it’s clear Black Adam doesn’t need a bunch of corny flying moves like Superman to be a threat off the ground.

Black Adam’s biggest weakness is his grounded side attack combo, which is generally most of the roster’s best route to quick damage. Since Black Adam is slow it’s hard to start a combo, and the third hit is a throw that sends the victim backwards, making reorienting a requirement for follow-ups. If you can get these in they’re great for solid damage, but you have to pay a lot more attention to what you’re doing than, say, Shaggy players hitting the same buttons.

When playing as Black Adam, those are my primary concerns. There’s room to experiment with the rest of his kit, and I’m sure the competitive sect of the MultiVersus community thinks I’m an idiot for dismissing it. But from a more casual perspective you need to understand you don’t have to be fancy with lightning tricks to smash people off the screen. Plus that thumbs-down taunt is the perfect round closer.