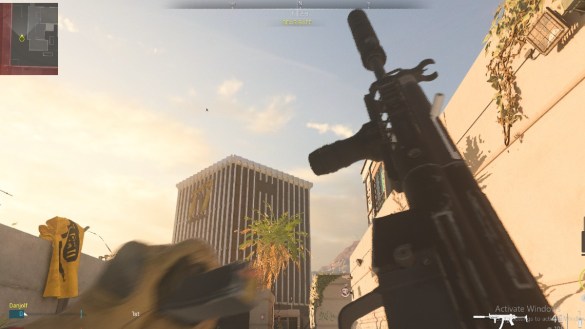 On top of being powerful in the hands of nearly any player, the weapons are also fairly easy to unlock compared to some other weapon sets. The Lachmann Sub, in particular, will take a bit more time to earn, but it’s worth it. This loadout guide will go over all the attachments you need to complete your build.

When you equip the Lachmann Sub, the goal is to dominate in close quarters and stay competitive at medium ranges. It’s what makes this submachine gun stand out among the rest. Below you can find all the attachments required for this loadout.

First up we need some decent barrel slots and we want to focus on versatility. Both the FTAC M-Sub 12″ barrel and the SA Schalldampfer 99 muzzle will ensure that the Lachmann Sub can melt at multiple ranges. Recoil will also be greatly reduced, so you don’t have to worry about too much burst tapping.

After the barrel slots, we want to focus on some additional speed and hip-fire capability. For that, the Operator Foregrip and the Lachman TCG-10 are fantastic. They are both considered grip attachments and don’t offer up too many negatives to the overall loadout.

We end the loadout with a 40-Round Mag for some extra capacity. You can always add a sight instead, but you’ll eat through ammo and the irons are usually good enough on submachine guns in Modern Warfare 2.