Marvel Snap Tips & Tricks To Win Your Next Match

We've got you covered. 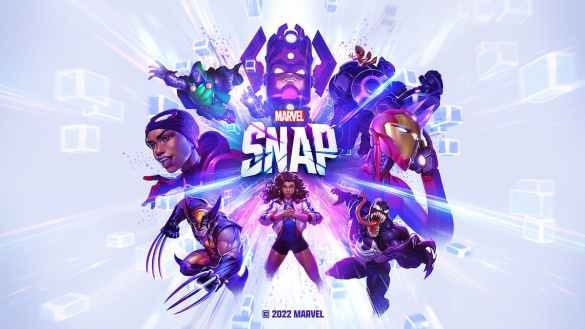 Marvel Snap is a mobile and PC collectible card game developed by Second Dinner Studios. It’s swift, strategic, and a blast to play. Centered around the iconic heroes and villains of the Marvel universe, you’ll need to collect new cards, devise tactics, and build a deck full of tricks and combos. Here are our Marvel Snap Tips and Tricks for new players.

Don’t Worry About Missing a Turn

This might seem odd, but if you don’t have a good play, or a card to play at all, it’s ok not to put down anything. Since a match of Marvel Snap only consists of six turns, you need to make each one count, and playing a card with little impact takes up space on the board.

If you don’t have a good play or a setup for a combo, just let the turn go! It’s better to come out swinging the next turn or wait for a helpful card than to fill your board with low-power cards. It might seem antithetical to the game to skip a turn, but in the long run, it keeps your opponent guessing and gives your more area to work with down the line.

Don’t Be Afraid to Ditch Quicksilver

Quicksilver is a starting card that is guaranteed to be in your starting hand each match. It’s a safety net for new players to ensure a play on turn one. However, as we mentioned above, you don’t need cards with little impact on the board. Quicksilver might net you an early point lead, but it won’t hold its ground in later turns. Instead, try swapping Quicksilver out with another low-energy hero like Yondu, who can remove a card from your opponent’s deck for the exact energy cost.

Play with Quicksilver until you have a feel for the game, but then ditch that sucker for something new and shiny.

Related: Marvel Snap’s Strategic Gameplay Has Me Coming Back for Seconds

Each match will have three locations players will fight over. It might seem beneficial to try and control the entire board, but you only need two of the three locations to win a match. If you clearly see your opponent trying to lock down a lane, try to snag the other two instead of countering. So often, players will get tunnel visioned on fighting for a lane. Let your opponent play their strongest cards on one spot and divide and conquer the other two lanes.

Retreating is an integral part of the push and pulls of Marvel Snap. If your opponent Snaps and you see the writing on the wall, do not hesitate to bow out gracefully with the retreat button. Sure, sometimes you might be able to sneak out the win, but if you’re looking to save your experience points, retreat.

Scarlet Witch Can Change The Tide

Leveling Up Your Collection Level Fast

The fastest way to level up your collection level is to fill your deck with common (grey border) cards. After every match, win-lose, or draw, you’ll have enough boosters to level them up. Swap out one of your uncommon (green border) cards for every new card you get. This will ensure you’re constantly gaining easy Collection Level points.

Well, those are all of our tips and tricks to help you win your next match in Marvel Snap. Be sure to check out our other coverage of the game, like all of the card levels listed.