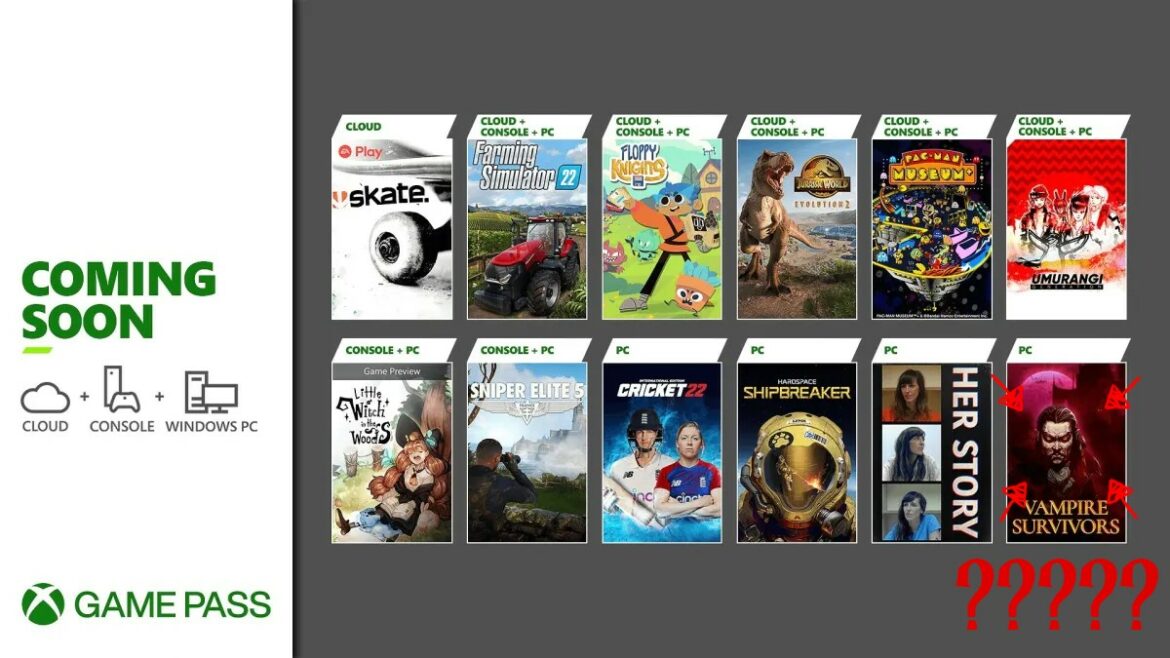 One of our favorite games of 2022 at Prima Games is Vampire Survivors, and based on our SEO data, it’s the same with our readership. It’s just a great, little game, isn’t it? And if you’re still on the sidelines wondering what the best way to jump in is, or when, the question of Game Pass is gonna come up. After all, it’s the “best deal in gaming,” right? So if you’re reading this you’ve probably heard the phrases “Vampire Survivors” and “Game Pass” together. And then the question of, is Vampire Survivors on Xbox Game Pass is a reasonable result of that. I mean, that’s why the headline’s there.

Related: Will Vampire Survivors on Console Ever be a Thing? – Answered

The answer is, well, technically no. Microsoft’s branding for its nest of subscription services made a post-launch distinction between Game Pass on console and Game Pass on PC. So no, Vampire Survivors is not on Xbox Game Pass, since that’s the console-side branding. However, Vampire Survivors is totally on PC Game Pass right now as a “Game Preview” title. You can also buy it for $4.99 without Game Pass. Cloud Gaming isn’t available for this game either, so it’s just on PC.

The thing of course with Game Pass is that if you have Game Pass Ultimate, you get all of the above included. So in some respects, it’s kind of a silly distinction to make. But if your console is your only platform to utilize Game Pass with, then sure, the answer is a clear “no.” There is no console version of Vampire Survivors currently, which is perhaps the real question here. But as we’ve stated before, as soon as the Prima Team gets wind of that changing, we’ll be updating the record. Until then, even if your PC is a potato it should be able to run Vampire Survivors, so if you’re on Game Pass Ultimate then there’s no reason not to at least try.