Is Rayquaza coming to Pokémon Unite? Let's find out. 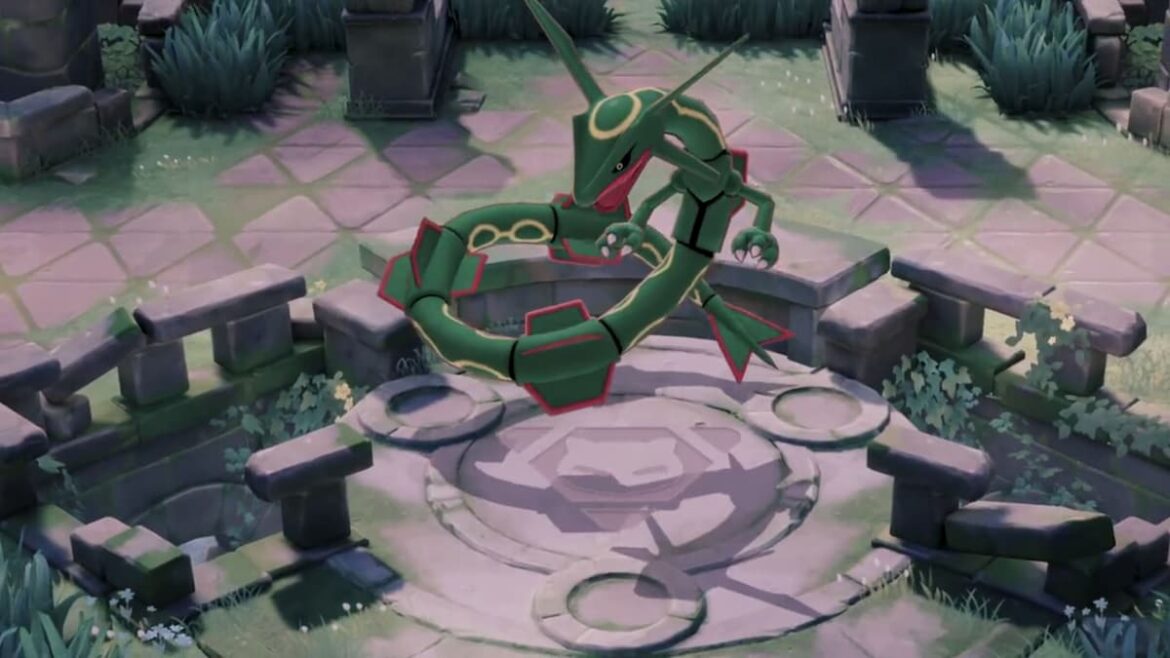 Pokemon Unite, the MOBA-inspired take on the Pokemon universe, is constantly evolving. Pokemon Unite continues to push forward with new additions to the roster like Tyranitar, Sylveon, and even Greedent. There have been plenty of events and new Pokemon added, and fans are always looking for their favorites to make the cut. Is Rayquaza coming to Pokemon Unite? We have the answer for you below.

So Rayquaza is coming to Pokemon Unite, but not as a playable character. Recently, the game announced a new map that players would compete on as part of the first-anniversary celebration: Theia Sky Ruins. It will be added soon.

Related: Best Build For Eldegoss: How to Play Eldegoss In Pokemon Unite

“An all-new battlefield has been revealed! Take a look at the “Theia Sky Ruins,” a brand new map being released in #PokemonUNITE! Look forward to more information on its release soon! #UNITE1st,” the official Pokemon Unite Twitter account tweeted.

In the trailer for the new map, we see Rayquaza entering the center of the battlefield. It’s clear that Rayquaza will act the same way Zapdos currently does. When two minutes are left in a match, they will spawn in the center, causing a battle between the two teams to defeat them. The winning team gets double points on all goals and instant scoring.

Zapdos and Rayquaza can swing the entire match in a team’s favor, so it’s neat to see Pokemon Unite looking to mix up the aesthetics. It’s unclear if Rayquaza will work precisely the same, but it’s a safe assumption for the time being.

So yes, Rayquaza is coming to Pokemon Unite, but for fans looking to play as the legendary Pokemon from generation three, you will be disappointed. Alongside the celebrations, Pokemon Unite introduced a new boost emblem system; check out how it works.