Will you need to buy Overwatch 2? 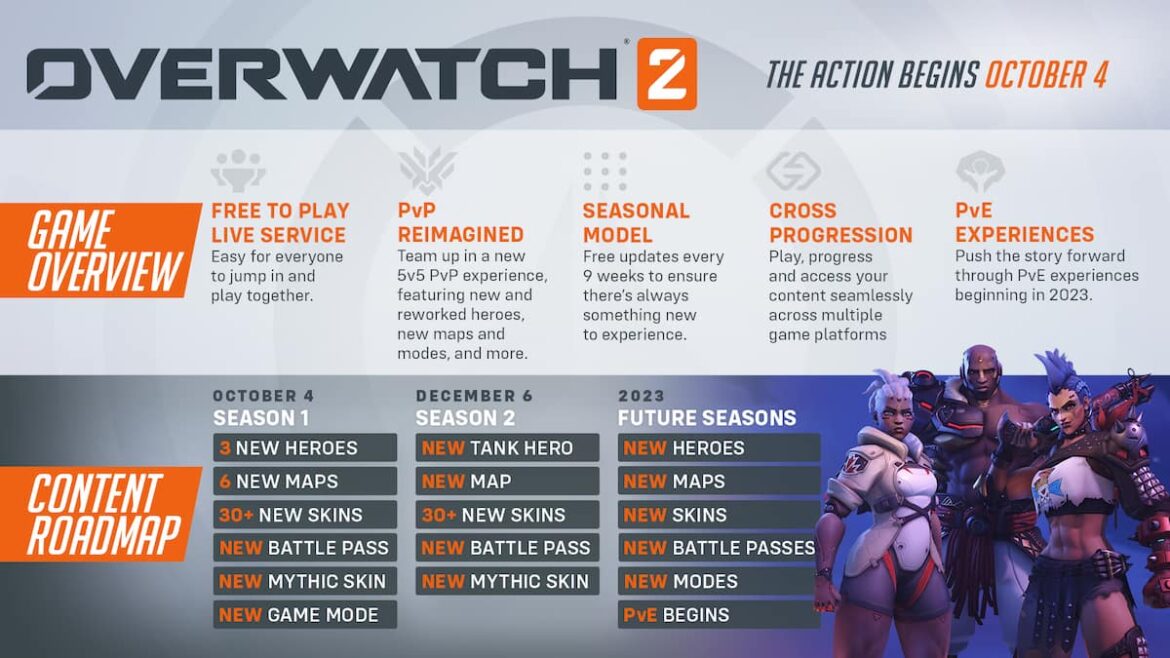 Recent news from Activision Blizzard implies that Overwatch 1 will not be available to play anymore once Overwatch 2 is out. This raised some concerns in the Overwatch community, with many players scared that they will not be able to play the game that they have bought anymore (similar to what happened to Warcraft 3: Reforged). But what’s the truth behind this situation? Is Overwatch 2 free for OW1 players? Here’s everything you need to know.

Will Overwatch 2 Be Free for Overwatch 1 Player? – Explained

Overwatch 2 will bring some significant changes to the game, including the reduction of team size from six to five, which means that we’ll have 5v5 matches, similar to most competitive team-based FPS shooters out there. And of course, it breaks the meta of “2 tank, 2 DPS, 2 support characters” and forces the team to adapt to each and every situation that comes during the development of a match. It has also been rumored that Blizzard will ditch the loot boxes completely (finally!).

Related: All Revealed Mythic Skins in Overwatch 2 So Far

As Blizzard has announced, all of your unlocked content will migrate to Overwatch 2 so you will not lose anything that you have unlocked so far. Also, it’s important to note that Overwatch 2 will have both PvP and PvE modes. It’s basically confirmed that the PvP mode will be free-to-play for everyone, however, it has not been fully confirmed what are the plans for the PvE mode (price-wise). As for the Founder’s Pack, it will be available for all people who owned Overwatch 1 before June 23, 2022. In October 2022, a big update will launch the Overwatch 2 PvP experience, while the PvE content will be available during 2023. Just make sure to log in to Overwatch 1 before October 2022.

We are greatly looking forward to October 4 when Overwatch 2 Early Access will become available. In the meantime, you can follow the remainder of our Overwatch content by clicking the game tags below.