Is One Piece Odyssey Playable on Steam Deck? – Answered

You don't have to do any swabbing either 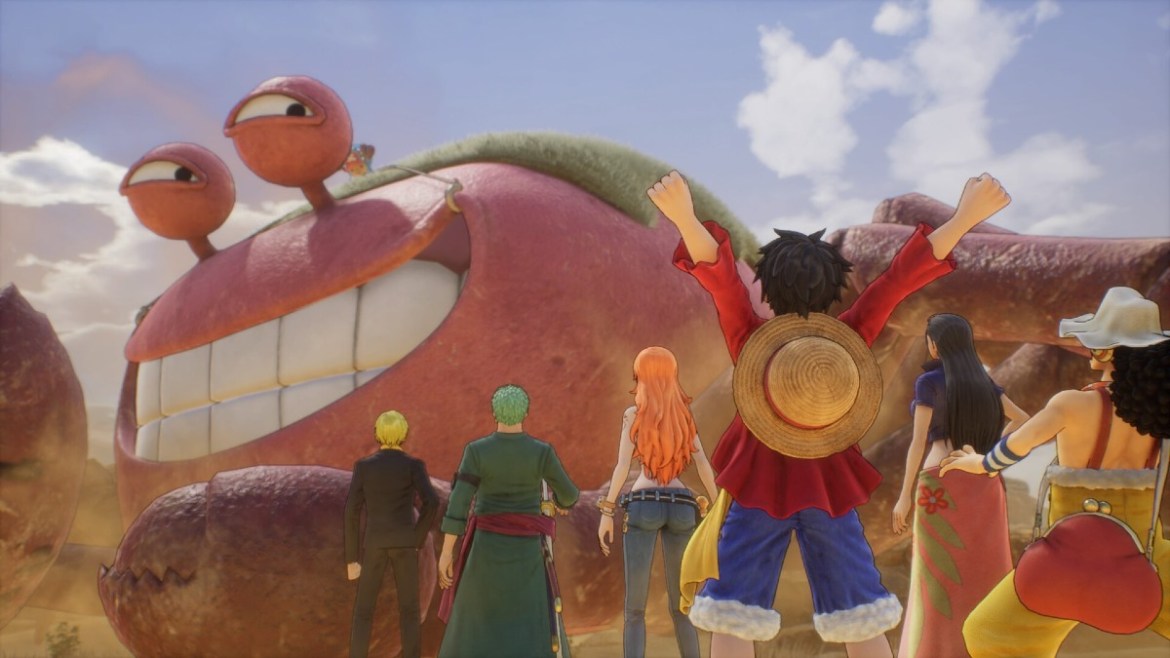 The new One Piece game is out, with Bandai Namco taking another shot at making a JRPG starring the cast of Eiichiro Oda’s ludicrously successful manga series. One Piece Odyssey is out on consoles, and of course it’s also out on PC. And with a new PC game release in the 2020s, comes an obvious, predictable and still very important question. Is One Piece Odyssey playable on Steam Deck? Let’s go find out.

Is One Piece Odyssey Playable on Steam Deck?

Yeah, One Piece Odyssey is playable on Steam Deck. Alright, see you folks later! No wait, come back for a minute. I helped you out; now you gotta help me out. I gotta stretch this thing out to a few hundred words, do me a solid and bump my bounce rate numbers up a bit. We can talk for a minute about how One Piece Odyssey actually runs on Steam Deck, at least at launch. For the most part it runs well, but there are caveats.

If you want to run One Piece Odyssey at 60 fps on Steam Deck, you’re gonna have to roll with low settings. Things will be a little grainy, but this isn’t exactly a tremendous exercise in videogame visual fidelity, so it could be worse. Bumping the game up past low will totally disqualify you from 60 fps, but that doesn’t mean you’ll have a horrible time.

On medium and even high, you can consistently see a frame rate above 30 in One Piece Odyssey. It seems to really like to hang around a 45 or so, although there are times where it can dip to the 30s, especially during dialogue scenes. But! If you want to play on high settings, we actually recommend locking the frame rate to 30 fps. It stays put, and looks pretty solid, all things considered.

Outside of the Steam Deck, it’s pretty easy to get One Piece Odyssey running on all cylinders. Like I said before, this isn’t a super demanding game, so hitting that consistent 60 fps is easy if you have a device with a little more muscle than a Steam Deck. If Valve is able to “great on Deck” this game, it’s possible the performance gets even better a few weeks down the line.