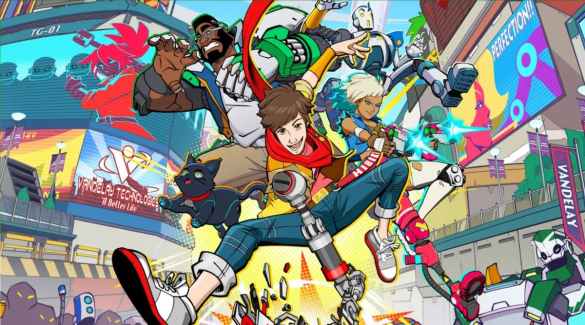 The secret announcement from the Xbox Developer Direct, Hi-Fi Rush, is out now. From Tango Gameworks, the studio that has brought us The Evil Within, Evil Within 2, and Ghostwire Tokyo, now has its new rhythm-based character action game. But is Hi-Fi Rush available on Xbox Game Pass? We have the answer for you below.

Yes, Hi-Fi Rush is on Xbox Game Pass. You can just download the game from the Xbox Game Pass application on your PC or console and begin playing as soon as it is done downloading.

This is because Microsoft owns Tango Gameworks. This happened when Microsoft made a huge purchase and acquired all of Zenimax and Bethesda, which includes Tango Gameworks, Bethesda Game Studios, Arkane, and many more development studios.

So if you want to try out this new Tango Gameworks surprise announcement and have Xbox Game Pass, it won’t cost you any money to hop in and check out this neat new project. It’s currently available on Xbox Series X|S and PC.

If you don’t have Xbox Game Pass and want to give it a shot, you’ll need to purchase it on your console or Steam. You could also subscribe to Xbox Game Pass if you feel like you’d get your money’s worth, but that’s up to you.

Hi-Fi Rush features combat to the rhythm of the game’s soundtrack and some stellar boss designs, so if that sounds up your alley, be sure to check it out.

Well, that’s everything you need to know about if Hi-Fi Rush is on Xbox Game Pass. For more tips, tricks, and guides, be sure to check out Prima Games. There were plenty of other exciting reveals during the Xbox Developer Direct, like a release date for Minecraft Legends, Redfall’s release date, and a comprehensive look at Forza Motorsport.