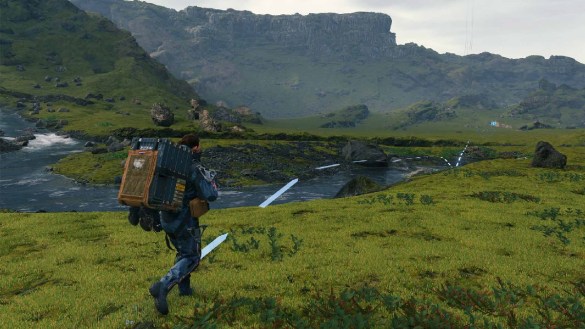 Hideo Kojima’s Death Stranding is Steam Deck compatible, the game was even used in some promotional videos for Valve’s portable PC, but as many Steam Deck users are finding out, “compatible” doesn’t always mean that the game runs great, or even that there are no serious issues, it just means that it can run on the system.

Of course, it will take some tweaking and experimentation to get the result that suits you best, but that’s all part of the Steam Deck experience as PC Gaming was never really a plug-and-play kind of a deal. So, let’s explore this Death Stranding Steam Deck “compatibility”.

Related: How to Transfer Death Stranding Save Data to Director’s Cut on PC

As it seems Death Stranding used to run on Steam Deck in solid 30fps with high-ish settings, but the new patch that added the Director’s Cut content really hurt the fps and performance, meaning that you will need to sacrifice some graphical settings to get the game running with the 30fps goal – and that is not ideal.

Will FSR Save the Day for Death Stranding on Steam Deck?

Since the most recent update, the FSR support has been added (FidelityFX™ Super Resolution, basically AMD’s DLSS), so you can technically run a game with a 50fps cap in FSR Performance mode, but many players are complaining about a very blurry image with this setting. The best way to play Death Stranding on Steam Deck while using the FSR optimization seems to be:

This mode will give you a sharper image and a somewhat smooth 40fps, just be sure to carry a power bank with you if you intend to make your Steam Deck portable because even with this battery-saving feature it won’t last very long.

Director’s Cut update added one annoying issue that sometimes can randomly reboot your Steam Deck. It is some kind of a driver issue that is not related to the graphical settings. Valve is aware of this problem and one of their developers already confirmed on Twitter that they are testing a fix right now. You can run Death Stranding on Steam Deck just for fun, but we can’t in good conscience recommend that you play the entire game that way.

Surely, the premise of playing Death Stranding on the go on a portable system like the Steam Deck is very intriguing, for example, you can deliver packages while riding a transport, on a break at work, or to pass the time while waiting for a real-life delivery, but with such poor performance and some annoying issues, it may be better to stick with the proven PC or PlayStation 5 versions that both run like a dream with 60fps, much higher details, and even ultra-wide support.

Still, maybe with a little additional optimization and future patches, Steam Deck will be able to run Death Stranding much better than it can now, but until then – here is the image of Hideo Kojima holding this monstrosity of a portable PC. Cheers!