Bring a Dendro character along. 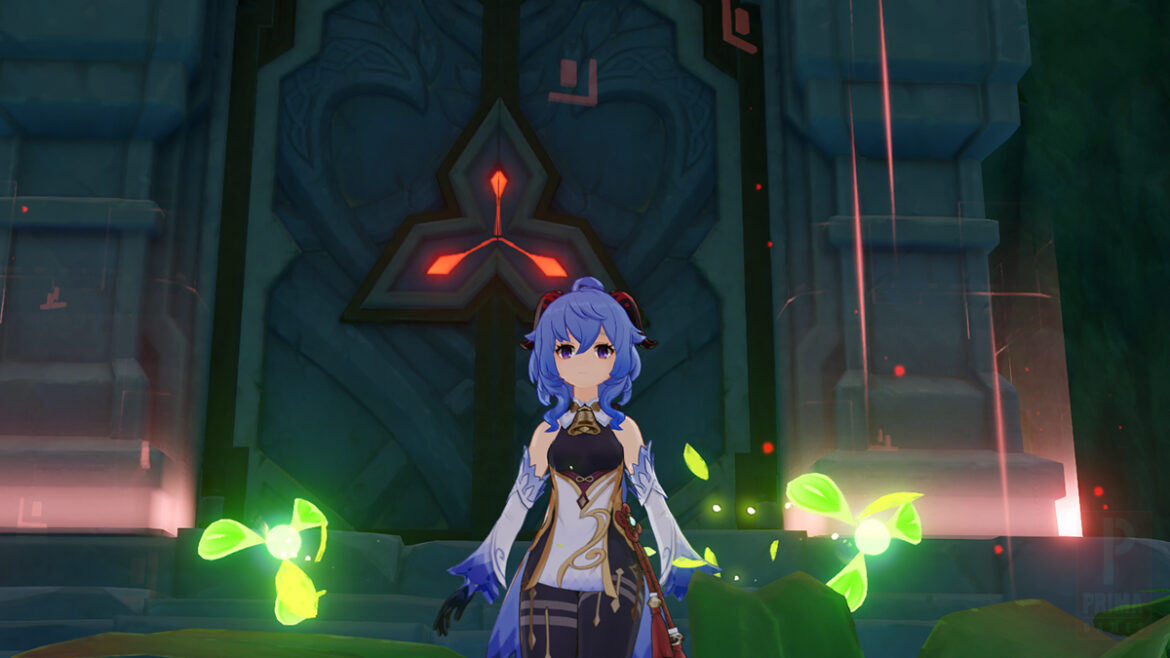 How to Open Fragment of Childhood Dreams Domain in Genshin Impact

We’ve actually covered most of what you need to do in our How To Unlock the Underwater Teleport Waypoint in Sumeru guide so we’ll just do a TL;DR version of those steps over here, but feel free to check that out if you need a more in-depth explanation of that part.

To start, head over to the small lake slightly northwest of the Fragment of Childhood Dreams Domain on the map. It’s just west of the Vissudha Field Statue of the Seven. In the eastern side of the pool, you’ll spot a waterfall with a platform containing a Bouncy Mushroom and a Four-Leaf Sigil halfway up. Use the Sigil and the Mushroom to bounce yourself up to the top, then look to the right to see a group of Ruin Machines and a locked mechanism. Kill them to unlock the mechanism and then activate it to lower the water a little bit.

Take the small tunnel left of the mechanism (as you’re facing it) and you’ll eventually come out in an open cavern. Here, you must activate four Dendro Totems using a Dendro character like Traveler or Collei to unlock the mechanism to the right. The five Totems are located as follows:

With all four Totems activated, you can now trigger the mechanism, causing the water to drain.

Related: Where to Get Fungal Spores in Genshin Impact

With the water lowered, glide down the gap in front of the mechanism. Defeat the Ruin Machines here to unlock yet another mechanism. Turn it on and the nearby circular door will open. Climb up the small wall in here and follow the path, beating up some more enemies along the way, until you reach a large drop-off with a bunch of roots and mushrooms.

Glide down a little bit and you’ll spot the Domain on a platform to the left, though it’s closed off. Summon the nearby Dendrograna and use it to activate the three floating Dendro symbols. The Fragment of Childhood Dreams Domain will now unlock, along with The Jungle of Inverted Dreams challenge. Congrats!

Completing The Jungle of Inverted Dreams challenge for the first time will net you:

Need more help with Sumeru and Genshin Impact’s 3.0 update? Check out our other guides: