How to Unlock Pugnala in Vampire Survivors - Prima Games
Tips

Fly me to the moon (because Dracula is there obviously) 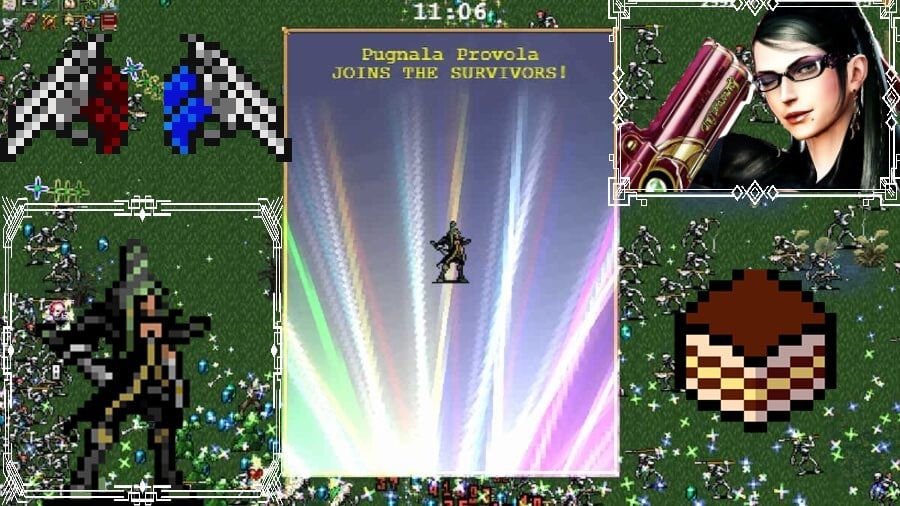 There are several unlockable characters in Vampire Survivors, and Pugnala is one of the game’s most powerful. Obviously based on Sega’s Bayonetta, her collection of guns combine with the Tiragisu to make an extremely powerful evolved weapon. And her stat bump for leveling up is Might, which doesn’t have a cap. And the best part is she’s super easy to get. So here’s how to unlock Pugnala in Vampire Survivors.

Related: How to Open the Dairy Plant Coffin in Vampire Survivors

Like the other unlockable characters, to get Pugnala you have to find a coffin in one of the levels. In this case, you need to find a coffin in the Mad Forest stage. If you’ve never found a coffin character before, don’t worry too much about it. Get the map from the Dairy Plant stage, then come back to Mad Forest and the map will have a mark on it telling you where to go. Simply touch the coffin and you’ll be able to buy Pugnala on the character select screen for 1,000 gold. And if you need further evidence this character is just Bayonetta, here’s her theme music:

Pugnala starts with two weapons, Phiera Der Tuphello and Eight The Sparrow. These guns both shoot diagonally and grow stronger and gain penetrative powers as they level up. Combine them with Tiragisu and you’ll evolve to the Phieraggi, which is the four guns together firing an array of lasers that rotate around the player. You can make the lasers stay out permanently with cooldown upgrades, and making Phiereggi frees up a weapon slot for reuse. It’s good stuff.