How to Unlock Gold Camo in COD Modern Warfare 2

Riding into battle in style. 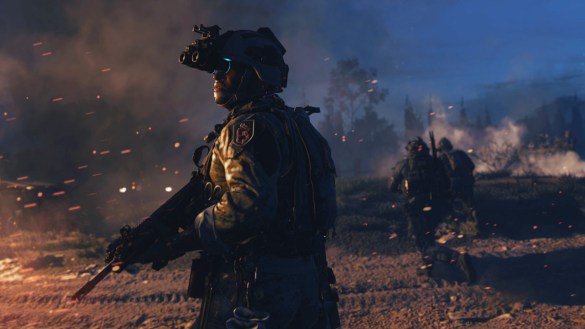 Call of Duty Modern Warfare 2, like almost every COD game before it, gains replayability for fans through its seemingly endless list of unlocks. Whether it be something as simple as emblems or player cards, or something as significant as an Operator skin, unlocks allow you to express yourself however you please. The most highly sought rewards are weapon camos, which reward you for completing specific challenges with various weapons, with gold camos being a staple of previous games. Here is how to unlock the gold camo for weapons in Call of Duty Modern Warfare 2.

If you’ve played previous COD games, then the process should seem quite familiar to you. If you haven’t though, then unlocking a gold camo in Call of Duty Modern Warfare 2 is quite simple. All you need to do is complete a series of challenges for the weapon, unlocking all of its camos for completing actions such as going on kill streaks, or more simply just getting a total amount of kills with that weapon. What has changed is that these camos will now only unlock after reaching particular levels with the weapon. As one example, you might unlock certain camo challenges as a weapon reaches levels 5, 7, and 12. It’ll be different depending on the weapon, so be sure to check the weapon’s customization page to see what you’ll need.

Related: How to Fix Screen Flicker in COD Modern Warfare 2

Unlocking gold camos for weapons is just the first step to mastering Call of Duty Modern Warfare 2. There’s plenty to unlock across the entire game, and much more is on the way with Season 1, which launches on November 16 alongside the new DMZ mode and Warzone 2.0, the upcoming revamp of the series’ battle royale mode.