How to Transfer Your Witcher 3 PS4 Save to PS5

What do you mean you don't want to start over? 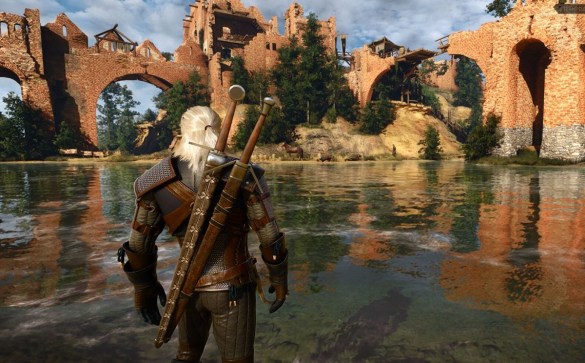 The Witcher 3: Wild Hunt came out back in 2015, and what most people forgot is how the launch was very rocky for Polish developers CD Projekt RED. Sure, it was nothing like Cyberpunk 2077, but there were still some major issues that were ironed out in the following years so much that everyone forgot that the “best western RPG of all time” (for some) ever had any problems. What followed was 10/10 everywhere, critical acclaim, some massive expansions, and all that. But now, in late 2022, we’re reminded that CDPR seems to still struggle with a smooth launch with The Witcher 3 Next-Gen Update – bringing the long-awaited support for the next-gen consoles, official ray-tracing support on PC, reworked graphics, and a whole bunch of new problems.

The good news is, in a strange turnaround, the console versions are kinda alright from the start. It’s the PC version that needs to be ironed out this time. But, if you intend on playing the new next-gen updated Witcher 3 on PlayStation 5, the only issue you might encounter is a convoluted save transfer process. So, how exactly do you transfer your Witcher 3 PS4 save to PS5? Let’s find out.

Related: Everything you Need to Know Before You Play The Witcher 3: Wild Hunt Next-Gen Upgrade

How to Transfer Your Witcher 3 PS4 Save to PS5

The Witcher 3 is one massive game and, of course, you can create a brand new fresh save on PlayStation 5 and start from scratch. Though, most of the players that invested hundreds of hours in the last-gen version may want to transfer their save files and continue the game with their already leveled up Geralt, or check out the new content, like the Netflix show inspired quest that was added. So, if that description fits you, follow the next steps carefully to transfer your Witcher 3 PS4 save to PS5.

In the early days of the PlayStation 5, there were some games that did not allow any transfer of save files from the PS4. Some later titles had somewhat convoluted methods as well, but today in most of the modern cross-gen releases, this process has become practically seamless.

However, this save file transfer method that CDPR has come up with has to be one of the most convoluted and needlessly complicated I’ve ever seen. Nevertheless, it beats starting the game all over again, although unlike other games where it is possible to transfer saves, you will not be able to transfer previously won trophies here. Maybe they really want you to start it from the beginning? Have fun.

For more Witcher 3 here on Prima Games, check out the following – Witcher 3 Next-Gen Console Commands: Full List of Cheats, How to Get the Netflix Alternative Dandelion Appearance in Witcher 3, and Witcher 3 Next-Gen: Should you Turn Simulate Witcher 2 Save On or Off? – Answered.