How to Play SMITE PTS on PC, Xbox, and PlayStation - Prima Games
Tips

How to Play SMITE PTS on PC, Xbox, and PlayStation 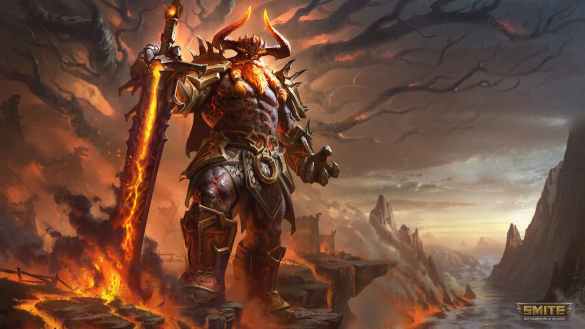 SMITE is now 10 years old, with many changes coming on all platforms, including the fact that this won’t be named “Season 10” but “Year 10” instead. A great milestone for any achievement, since having something running for a decade is decent enough proof of longevity.
Now, a lot of players are eager to participate in SMITE PTS on PC, Xbox, and PlayStation, so that they can play Surtr, the new god in SMITE. Prima Games will tell you how to install and play SMITE PTS on PC, Xbox, and PlayStation in a few easy steps.

How to Install SMITE Public Test Server on PC

Installing SMITE Public Test Server on your PC is not a difficult endeavor (if PTS is available at the moment). You need to go to SMITE’s Steam Store Page, on which you will see the following part of the page. Click on the dialogue (as seen in the picture) and Steam’s usual install dialogue will come out. Please note that installing a PTS on your PC is completely independent of the live version of the game.

How to Install SMITE Public Test Server on Xbox

In order to Install SMITE PTS on Xbox you need to “win” a key for it. You should keep tabs on SMITE’s official Twitter account, as well as the official subreddit. After redeeming the key on Xbox, you will get the option to install the PTS.

For Season 10 (Year 10) PTS (January 2023), you can obtain a PTS Key on this official link. If there need be, we’ll update the links when a new major PTS comes out.

How to Install SMITE Public Test Server on PlayStation

In order to install SMITE PTS on PlayStation, you need to basically do the same, the difference being in the key claiming process. For Year 10 (Season 10) PTS for January 2023, Hi-Rez has supplied two links, for EU and NA regions, which we are supplying below:

How to Play Surtr, NEW GOD in SMITE Before Official Release

If you want to help Hi-Rez with the bug reports and feedback, here’s a Reddit Thread.
We have reported on Surtr in the Patch Notes article:

At this moment, PTS servers are under maintenance, but make sure to check back once in a while, in order to try and play Surtr in the game modes that are enabled on the PTS, when the servers come back online.