How to Play Shoot the Ship in COD Modern Warfare 2

Two is better than one. 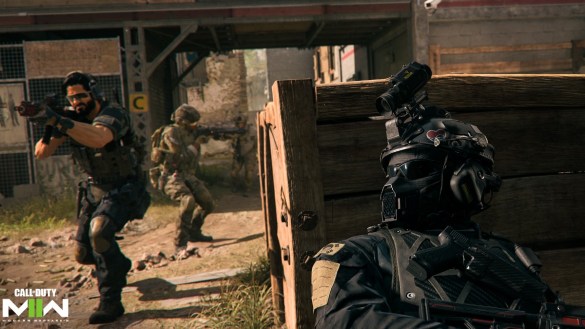 After using a poll on social media, Infinity Ward has finally added the Shoot the Ship playlist to Call of Duty: Modern Warfare 2, and players are already hopping in for their camos. Shipment 24/7 almost won the social media poll, but it’s hard to beat adding both of the most popular maps in one playlist.

Shoot the Ship is a playlist that adds Shipment and Shoot House to a 24/7 playlist. Since Season 1 started in MW2, there has typically been either a Shoot House 24/7 or a Shipment 24/7. In theory, adding them together is the best of both worlds and we’ll go over how you can jump in while it’s live in COD.

COD Modern Warfare 2 – How to Play Shoot the Ship

Most of the new playlists added to MW2 are placed in the Featured section of the game. Once you select the multiplayer tab for Modern Warfare 2, the Featured row will be the first one to pop up, starting with Quick Play. If you scroll to the right side, you’ll find Shoot the Ship ready to get started.

There is no telling how long the playlist will stay in the game. Considering both of the DLC maps were added in Season 1, it’s possible it will remain until we officially enter Season 2 in the middle of February. However, there’s no telling when Infinity Ward will take the playlist back out of the game.

In the past, players have had trouble with Shoot the Ship because many of the matches are already in progress on Shoot House. This happens because a lot of players back out until they get Shipment. Only time will tell if that issue persists with the latest iteration in Modern Warfare 2.