How to Obtain the Human Haven Keycard in High on Life

Nothing about this place is suspicious at all 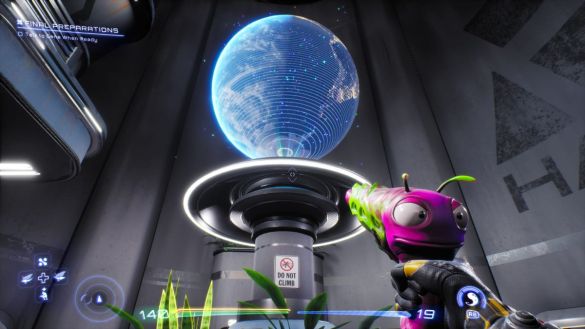 If you’ve ever wanted to be humanity’s last hope against a drug cartel that’s dead set on capturing all humans and turning them into something you can smoke from a Hyperbong, High On Life might be the game for you. You play as a silent bounty hunter and perpetual disappoint to your parents and it is your mission to defeat every cartel boss the game can throw at you. While you do so, you’ll periodically see humans trapped in cages, waiting to be turned into drugs. But if you interact with them, Mayor Clugg of Blim City will teleport them into a place called Human Haven.

You can even visit Human Haven if you want. It’s accessible in your Portal Menu in the Bounty 5000 as an “Unknown” location. Head there, and you’ll find that you’re in a vaguely grey, sterile room with a handful of humans hanging out in jumpsuits.

But doesn’t it seem… vaguely ominous? There might be more to explore here than meets the eye.

How to Obtain the Human Haven Keycard in High on Life

To obtain the Human Haven Keycard, you’ll need to defeat Nipulon. With that psycho mantis out of the way, head back home and then interact with the Bounty 5000. Tab into Portals, then select Mayor Clugg’s office. Mayor Clugg will be missing, with safety guards on his window, hiding Blim from sight.

But on his desk will be precisely what we need: the Human Haven Keycard. Just snag it off his desk, then head back to Human Haven. But you won’t see the door it goes to on the bottom floor, with all the humans. You’ll need to jump on the central structure, the one that says, “Do Not Climb.”

Platform all the way to the very top. Follow the creepily blinking red lights. Eventually, you’ll reach a door that says, “No Trespassing.” Use the keycard that you stole from Clugg and… I’ll leave it to you to see what’s behind the door.

But congrats on unlocking the Sequel-Bait achievement, worth 45 gamerscore!