How to Obtain Lezduit in High on Life - Prima Games
Tips

How to Obtain Lezduit in High on Life

Lezduit is just an uglier version of Pikachu, I will not be accepting commentary or counter points 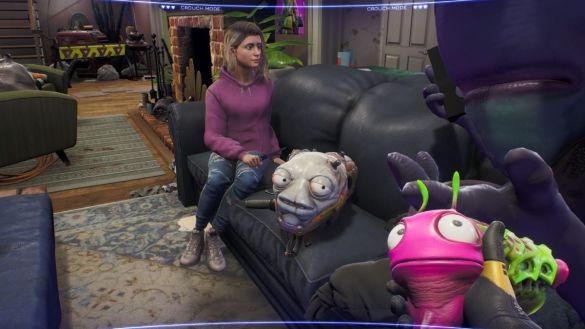 High On Life is a comedy sci-fi shooter with heavy emphasis on the shooter. In fact, it’s hard to argue that the guns aren’t one of the major backbones of the game, as they all have unique personalities and abilities that make them essential to get through each new obstacle that you encounter.

But as you prepare to face the penultimate boss, Nipulon, you might wonder when you’ll finally get your hands on Lezduit, the last Gatlian.

Lezduit was a powerhouse back on his home planet Gatlus, before the G3 destroyed everything, including the planet’s atmosphere. Perhaps unsurprisingly, Lezudit was kidnapped by the G3, like the other Gatlians, but was almost irreparably damaged in the battle.

How to Obtain Lezduit in High on Life

You’ll first find Lezduit when you accept the bounty on Dr. John Giblets, an alien that has definitely gone a little crazy. Lezduit will be strapped to all manners of scientific apparatuses in a room you won’t be able to access until after you’ve “defeated” Dr. Giblets, but once that’s done, you can ferry Lezduit back to Gene.

Gene promises to do his best to revive Lezduit. From there, you should continue your quest as normal, then accept the bounty for Nipulon. After you properly trounce this human-sniffer, you’ll be able to return home to return your bounty, and Gene will have repaired Lezduit… mostly.

Related: What is the Secret Ending in High on Life? – Answered (Spoilers)

Like, he’s still really strong. But maybe a little worse for the wear. Unfortunately, you won’t just be able to pick up Lezduit and start absolutely annihilating everything that stands in your way. Lezduit can only be used in one stage during the main story – and that’s the final boss battle against Garmantulous.

Tell Gene that you’re ready, and you’ll head off with Lezduit in tow. It’s a wonder that Gatlus ever fell at all with Lezduit leading them.