How to Increase Witcher 3 Next-Gen Performance and FPS

Toss some frame rate to your Witcher. 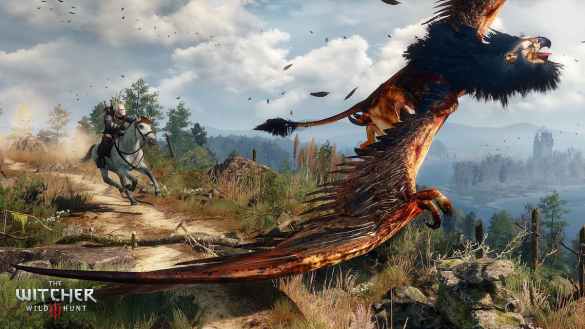 The next-gen upgrade for The Witcher 3: Wild Hunt has finally been released, and both new and returning players are enjoying the shiny facelift of CD Projekt RED’s most critically-acclaimed RPG. Though many of those players seem to be encountering some unfortunate performance issues and FPS drops, even on higher-end PCs equipped with GeForce 30-series and 40-series graphics cards. We’ll likely see a performance patch pushed out by the developers in the coming days, but until then, here’s how to increase Witcher 3 Next-Gen performance and FPS.

How to Increase Witcher 3 Next-Gen Performance and FPS

The Witcher 3 Next-Gen upgrade has plenty of graphics options to tweak on PC, which is what we’ll focus on in this guide. To help boost performance in your game, try out the following tips:

By default, The Witcher 3 is set to Borderless Windowed mode, which is always a lovely way to play but is not always optimal for performance. Head into the options menu, click Video, then Display, and change the Display Mode to Full Screen.

Set the FPS Limit to Unlimited

While still in the Display options menu, set the FPS limit slider to “Unlimited” under the “Maximum Frames Per Second” option. Some players have seen a boost in performance after changing this setting.

Turning off V-Sync can help boost frames per second, and if you’re not seeing any screen tearing after disabling it, it should be kept off.

Turn Down Grass and Shadow Details

Grass Density can be bumped down to the lowest settings without really seeing any difference in graphical fidelity while providing a noticeable increase in performance. Additionally, Shadow Quality can be lowered to increase framerate while still looking good.

It’s tempting to minimize your game while playing on PC, especially after you hear that Discord DM pinging sound. However, players seem to be experiencing massive FPS drops after minimizing the game, which can usually only be fixed by restarting the game completely.

Related: How to Activate Quick Casting in The Witcher 3 Next-Gen Upgrade

Hopefully, these tips will help give you a smoother experience until we receive a performance patch of some kind. For more information on The Witcher 3 Next-Gen, check out our other guides here at Prima Games.