How to Increase Standard of Living in Victoria 3

...or you can just make empty promises. 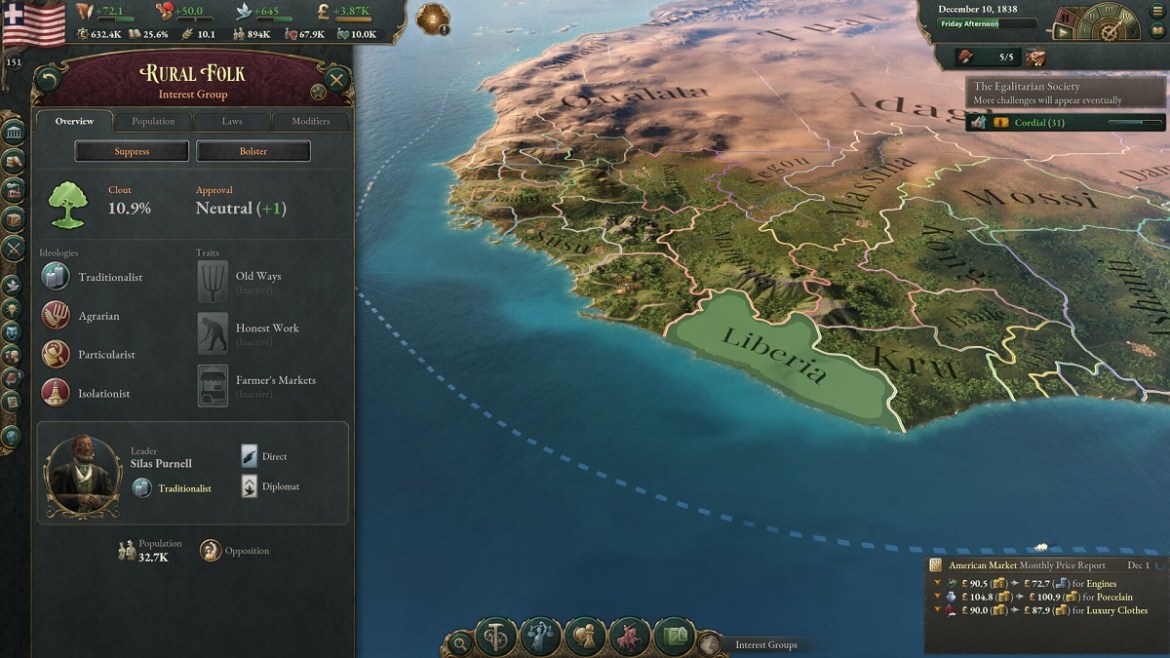 In Victoria 3, you can fulfill your fantasy of being a politician in power in the period from 1836 to 1936. This game scratches a very specific itch but if you have it, you will have a blast with all of the in-depth systems of running a whole country, without focusing too much on war but rather on diplomacy and politics. Anyhow, if you want to increase living standards for your people in Victoria 3, keep on reading.

How to Increase Standard of Living in Victoria 3

It is in the job description for politicians to make various promises, it will be better in a year, two, or five, leading the people with a carrot on a stick from election to election – but, if you really want to improve living standards for your people in Victoria 3, here is how.

So, the most logical way to raise the population’s standard of living is to raise overall wealth. In Victoria 3, there are three basic categories of occupation and wealth through which you can determine how much you people will be paid, those are the social classes, ie. the strata – the lower, middle, and upper ones. To improve the wealth of your country for all classes, you should increase productivity, raise wages and boost welfare spending.

The best way to raise the standard of living is to increase the level of productivity. In Victoria 3, production buildings are where the main productivity comes from, so first check if they are operating as they should. In order to make these buildings even more profitable, you can upgrade them, and as soon as they start doing better, you will be able to raise the wages.

To raise wages for government jobs and the military, just go to the Budget tab and increase them, but in order to raise wages for the rest of the population, it is necessary for the profitability and productivity of the buildings that employ them to be improved and for them to operate well. Investing in different branches of industry is always a good idea, as is establishing good supply lines.

How to Get More Welfare Spend in Victoria 3

In order to raise the standard of living, you can also increase welfare spending. Welfare payments are defined by laws such as Wage Subsidies, Poor Laws, and Old Age Pensions. In this way, the part of the population that belongs to the class below the minimum wage will receive help and the opportunity to spend, and therefore raise the overall standard of living.

Those are the main strategies how to increase the standard of living in Victoria 3 – just keep in mind that increasing wealth brings a higher cost of living, and if that standard later falls below expectations, your population may follow a not-so-great path for you that leads from dissatisfaction to riot. Have fun!

For more Victoria 3 guides here in Prima Games, check out How to Declare War in Victoria 3 and All Victoria 3 Console Commands and Cheats Guide.