How to Get the Horse Armor in Return to Monkey Island 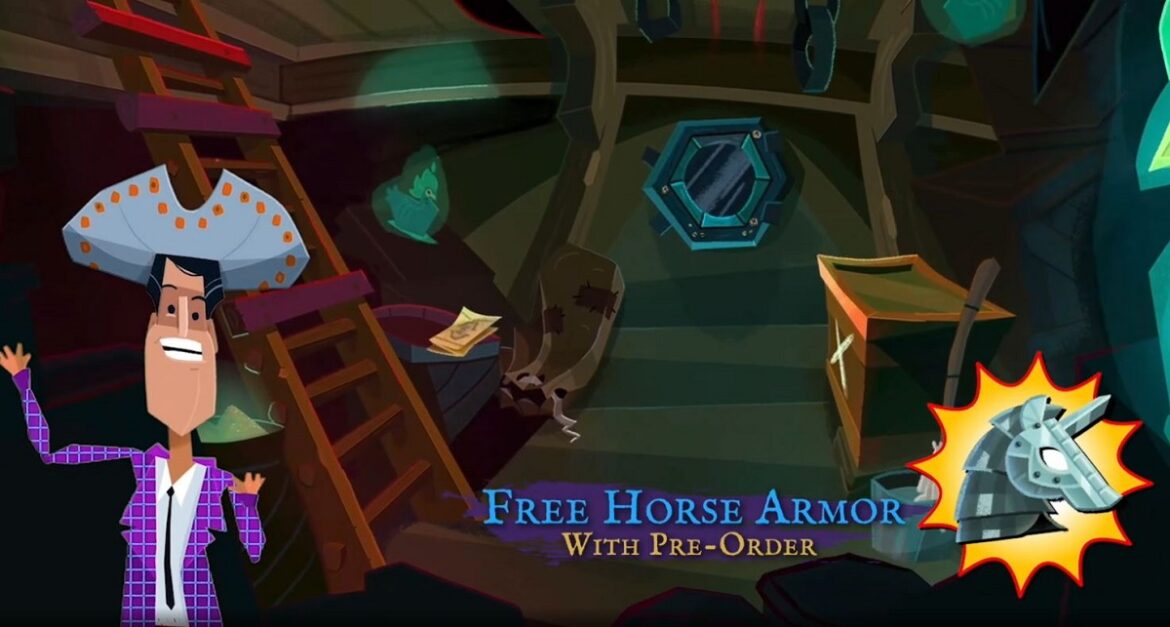 Video game pre-orders and bonuses that you get if you decide to pay for the game before it is released (and often finished) have become a daily occurrence in the gaming industry of today. Return to Monkey Island has its roots in some completely different times, but since it is a new title that is released in 2022, the point-and-click adventure modern sequel also has a special DLC pre-order bonus. It is Horse Armor – a very exclusive item! Check out below to find out how to get it.

How to Get the Horse Armor in Return to Monkey Island

The only way to get Horse Armor in the Return to Monkey Island is through a pre-order. With the game already out on September 19, there doesn’t seem to be any way to get this exclusive item right now. However, if you pre-ordered the game and opened this guide to find out where your Horse Armor is because you don’t see it in the inventory, well, keep reading.

If you pre-ordered the game, the Horse Armor should appear in your inventory. But don’t be alarmed if you don’t find this elusive item right after starting the game – it will appear at some point after the introduction.

Of course, this is another parody of today’s gaming by the new Monkey Island, because the Horse Armor that you get as a pre-order bonus is a completely useless item. It’s a jab at the Elder Scroll’s Oblivion useless $2 horse armor pack, which brought nothing but cosmetic changes. Horse Armor in Return to Monkey Island is actually not completely useless, you can drag it on some of the characters in the game and get unique lines of dialogue.

It remains to be seen whether players who did not manage to get a pre-order will somehow be able to unlock or buy this very exclusive item.