How to Get the GARO Mounts in FFXIV - Prima Games
Tips

How to Get the GARO Mounts in FFXIV 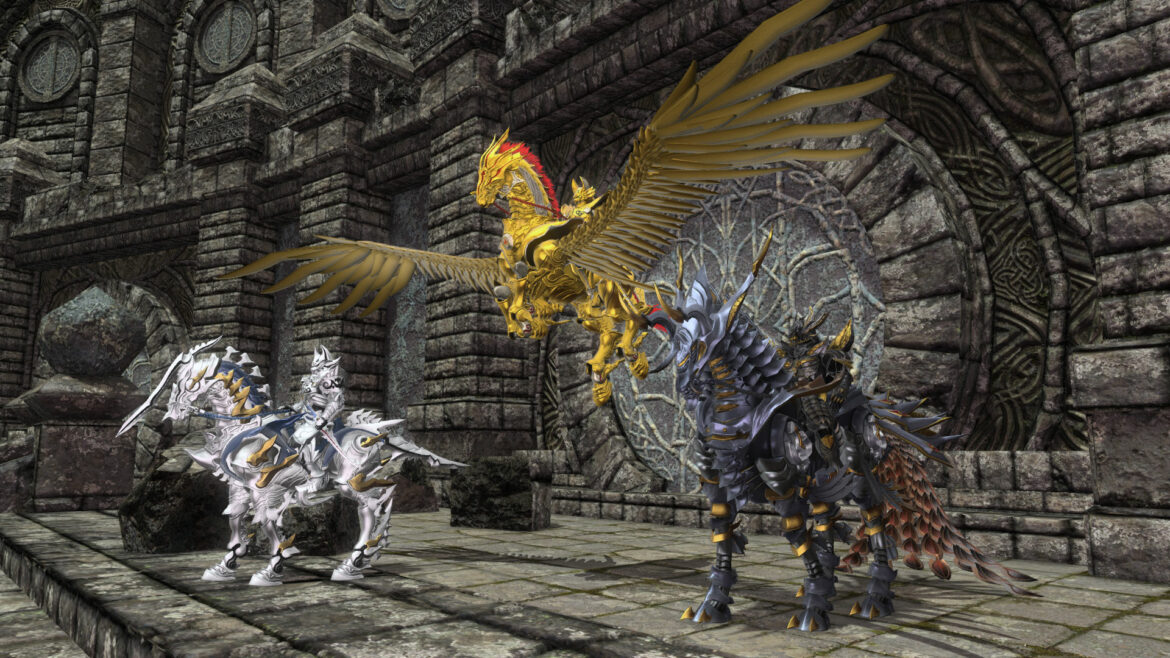 With the advent of 6.1 or Newfound Adventure, Final Fantasy XIV saw some older content make a comeback in addition to all the new stuff. Back when Shadowbringers’ 5.1 patch came out, a suite of goodies based on 2005’s edgy Tokusatsu series GARO were phased out. After an entire new expansion cycle, the GARO series stuff was added back in, to help in part promote FFXIV’s new PVP mode, Crystalline Conflict.

This collaboration includes several gear sets and titles along with a few mounts. In order to get the mounts, you’re gonna have to chase the armor. And while you chase the armor, well, you may as well grab a title or two while you’re at it.

Related: How to Get the Fenrir Pup Minion in FFXIV

First you need to set yourself up for PVP if you haven’t already. We’re going to assume you have already, because I haven’t written that guide yet and don’t want to drop it in here. Anyway, all you have to do is just, well, play the game! Participating in Final Fantasy XIV’s PVP content earns you Wolf Marks, which is yet another bespoke currency that serves approximately one purpose.

There’s an NPC named “Disreputable Priest” hanging out at the Wolves’ Den, outside instead of the little marketplace alcove where the other merchants are stationed. She’s selling full armor sets for every Job, and GARO-themed weapons for all but the Jobs introduced in 5.0 and later. Buying a full, standard set (accessories optional, no weapon for the newer Jobs) will earn you a title if you equip your set and speak with the Disreputable Priest again.

Like in every other case, the prices for each armor piece are scaled by their value in stats. The body and leg pieces cost 4,000 Wolf Marks, 2,000 for the heads, hands and feet and 1,000 for the accessories you don’t need. Unless you wanna go whole hog on the GARO glamor of course.

Get the armor? Get the title? Great, now go do more PVP, sucker! Each mount requires you to play a number of PVP matches with a GARO title equipped to your profile. For the Ginga mount, play 10 Frontline or Rival Wings matches. For the Goten mount, play 10 Feat or Crystalline Conflict matches. Finally, the Raigo mount requires a whopping 60 matches total, of whichever game types you want. Just remember, if you play a match without a GARO title, it doesn’t count.

If you’re feeling squirrely, there’s also a title and achievement tied to getting each set and their respective titles. That’s only, you know, somewhere in the neighborhood of 200,000 Wolf Marks.

If all you want is the cool armor without the PVP part, you can also head to the Gold Saucer and trade MGP, with one caveat. If you opt for the Gold Saucer versions, you won’t be able to dye them at all.

This is GARO, by the way: