How to Get Smoliv in Pokemon Scarlet & Violet - Prima Games
Tips

How to Get Smoliv in Pokemon Scarlet & Violet

Yes, that is a Shiny Smoliv. And yes, I caught it. 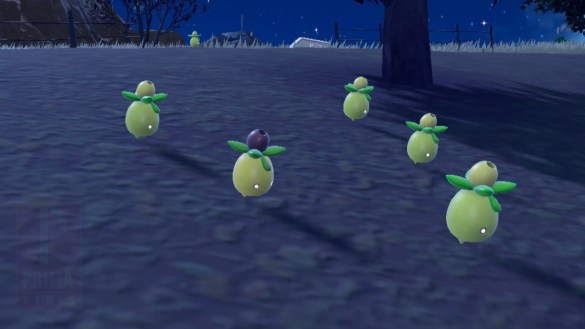 Smoliv is arguably one of the cutest Gen 9 Pokemon. I mean, what is there not to love? It’s literally a walking olive. If you’re wanting to get your hands on one for yourself, here’s everything you need to know about how to catch Smoliv in Pokemon Scarlet and Violet.

Where to Find Smoliv in Pokemon Scarlet and Violet

The Grass/Normal-type Pokemon is only found in one place in the Paldea region: in olive fields. Where are olive fields, you ask? In South Province (Area Two). This is an early-game area so you’ll have no issues accessing it.

Head to Cortondo where Katy the Bug-type Gym Leader resides and take either the south or east exit. Here, you’ll find an abundance of olive fields and therefore, an abundance of Smoliv. They appear either alone or in groups so there’s plenty to choose from.

Other Pokemon such as Diglett, Kricketot, Fidough, and Eevee also roam around the area so it’s a good opportunity to fill out your Pokedex while you’re Smoliv hunting. Since the olive fields are so close to a town, if you run out of Poke Balls, simply run to the nearby Poke Mart and restock.

And yes, you can catch a Shiny Smoliv, as evidenced in this guide’s feature image (totally not bragging here). It is a slightly warmer shade of green and features a black olive on top of its head instead of a green one. How cute is that! I’m obsessed. Note that you’re not guaranteed to find one as Shiny Pokemon are extremely rare.

Once you’ve nabbed a Smoliv, you’ll probably want to evolve it. Unless you’d prefer to keep it in its tiny olive form forever, in which case we can’t blame you.

The Pokemon evolves into Dolliv at level 28 and then into Arboliva at level 35.