It's not rare anymore if you own a bunch of them 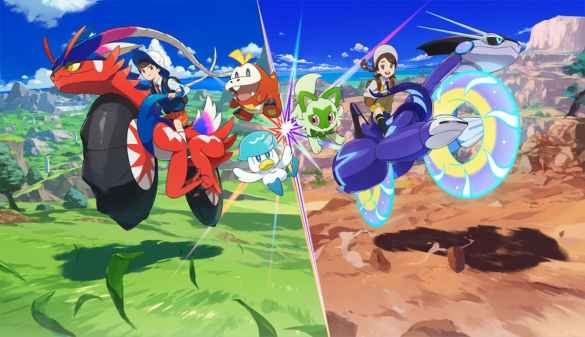 After finally catching them all, some Pokemon Scarlet and Violet players like to take the challenge to a next level by catching all of the game’s shiny Pokemon (or at least those that aren’t shiny-locked, of course). But one of their biggest challenges is found when trying to get shiny Paradox Pokemon, more specifically Roaring Moon and Iron Valiant.

Despite having regular shiny rates, Roaring Moon and Iron Valiant are some of the rarest spawns in the game, being secluded to a single hidden cave in Area Zero. Aside from all that, they are Paradoxes and those Pokemon cannot breed in the Picnics, so your only left choice is to naturally find them as shiny in the wild. Luckily for you, there are some ways to make that easier.

The first thing you should do before shiny hunting for these in their respective games is to catch and trade for all 400 Pokemon. This will net you the Shiny Charm, which triples the chances of finding a shiny in the wild.

Next, you should prepare Sparkling Power Sandwiches for your desired Pokemon, which will also pump up the shiny rates a bit. For Roaring Moon, you’re looking for a Dragon or Dark sandwich. If Iron Valiant’s your target, go with Fairy/Fighting.

Related: How to Get Sparkling Meal Power Level 3 in Pokemon Scarlet and Violet

Now all you gotta do is to keep walking around until you spot a single differently colored version of either of them. Roaring Moon has this yellow pattern in his wings and has more vibrant colors, while Iron Valiant has a very strong shade of grey around himself. Both are hard to miss.

Since they’re rare spawns in areas flooded with different Pokemon species, you need to play smart to find more of them. Start by walking around the center of their cave, but not directly in the middle. Also, avoid the grass and the water so you don’t spawn Pokemon from there.

Whenever you faint or walk away from a Pokemon, another will spawn to replace them, so use this to your advantage. Big packs of Pokemon won’t spawn if you’re only disposing of one Pokemon in your screen at a time, so get rid of them one by one by giving small steps instead of just boosting around in your legendary bike.

Since they always appear alone, spawning a single Pokemon at a time gives you more chances of this Pokemon being Roaring Moon or Iron Valiant. Ergo, more chances for them to come as shiny thanks to your boosts. It will take a while, but you should find one of them quickly using this method. It also works for basically every Pokemon out there, so don’t be afraid to test it!